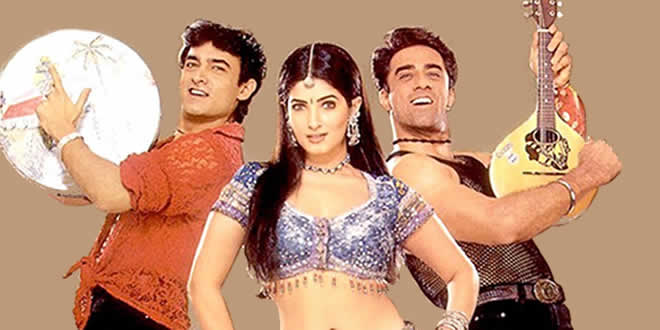 In a 2015 interview with Indian Express, Faisal Khan had also stated that he never suffered from mental illness and the court verdict has proven that. He was last seen in the flop movie ‘Mela’ with his brother Aamir Khan and Twinkle Khanna.

In a series of revelations, Aamir Khan‘s long-forgotten brother Faisal Khan (known for his movie ‘Mela’) has alleged that he was forcefully given the wrong medication and was kept under house arrest for one year by his family. In an interview given to Bollywood Hungama, the actor who is now making the directorial debut debunked the rumors of his mental illness.

Faissal Khan: “Karan Johar put me DOWN, He was INSULTING me when I was…”

Khan rejected the talks around his depression and mental illness as a lie. “I was never depressed or had paranoid schizophrenia”, he said. However, he made some serious allegations against his family. “When my family was under the assumption that I am depressed I have paranoid schizophrenia, they kept me under house arrest for one year. They gave me forceful medication which is not right and it’s illegal”, he revealed. “I was quietly tolerating it all hoping that they will finally understand”, he added.

Faisal Khan said that he had to run away from his house after his family asked him to give up his signatory rights because they thought he was not normal. This was followed by a court case. Khan has further stated that there was a legal battle over his mental fitness and he was deemed normal after an evaluation by JJ Hospital, Mumbai.

In a 2015 interview with Indian Express, Faisal Khan had also stated that he never suffered from mental illness and the court verdict has proven that.

If Sushant had mental illness, he would not have been able to work in films, says Faisal Khan

Speaking about late actor Sushant Singh Rajput’s mysterious death, Khan said, “See, film line and acting are complicated things. If a person is bipolar he won’t b able to act. Because it is a tough job to act before people. But he was doing it well and was giving hit films. I don’t know what the matter is. Things will unfold”. He said that there was nepotism and groupism in the industry which was very bad. “The sad part is that there is groupism and people support their own people. This is ‘Kalyug’ and industry is no different”, he said. However, he also said that people might get their first chance but ultimately they have to prove their mettle else they can’t survive in the industry.

Leveling serious allegation against director and producer Karan Johar, whose name has been associated with nepotism in the industry, Khan said that he was mistreated by Johar on Aamir Khan’s 50th Birthday party. “If your are a flop, they don’t look at you also. They don’t treat you well. This is what happened with me at my brother’s 50th birthday. I was, you know, looked down upon by…I don’t want to take this person’s name. Karan Johar acted weird with me and tried to put me down. He insulted me when I was talking to a person, just trying to connect with the person.

However, quite contrary to what Faisal Khan maintains about his mental health, a statement was given by Aamir Khan in 2007 where he said that his brother was declared mentally ill by the doctors of J J Hospital. He had also told that he had even applied for his brother’s custody but the court granted it to their father.