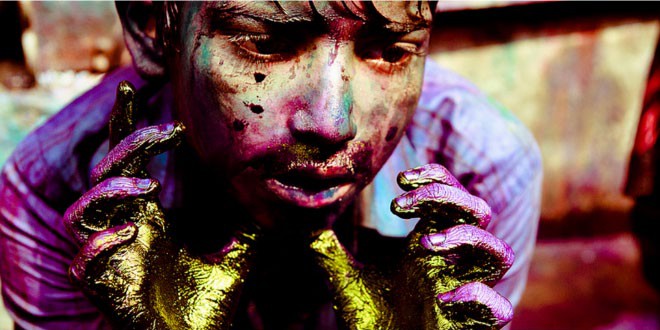 What is Social Significance of Holi? Holi helps to bring the society together and strengthen the secular fabric of our country India. For, the festival is celebrated by non-Hindus also as everybody like to be a part of such a colorful and joyous festival. Also, the tradition of the Holi is that even the enemies turn friends on Holi and forget any feeling of hardship that may be present. Besides, on this day people do not differentiate between the rich and poor and everybody celebrate the festival together with a spirit of bonhomie and brotherhood. In the evening people visit friends and relatives and exchange gifts, sweets and greetings. This helps in revatalising relationships and strengthening emotional bonds between people.

In the evening people visit friends and relatives and exchange gifts, sweets and greetings. This helps in revitalizing relationships and strengthening emotional bonds between people.

Previous What is Legend of Holika and Prahlad?
Next 6 Popular Holi celebration destinations