Area 51, also known as Groom Lake, is an isolated site that is said to be a place where a UFO cover-up by the U. S. government is happening. It is a 6×10 mile block of land located at about 90 miles north of Las Vegas, Nevada. Inside this top secret military base, various towers, vast runways and buildings are situated. Guards are assigned along the borders of this rectangular-shaped area. They are called camo-dudes. Warning signs are also placed along security wires to keep the public from entering and exploring it. Even public photographing is not allowed.

In April of 1955, a test pilot named Tony LaVier was searching for a remote area big enough to accommodate the testing of a U-2 spy plane. He found it in Groom Lake since the place is remotely situated, near certain equipment and its dry type of lake is perfect for serving as an aircraft landing site. The runway was built at the southern part of Groom Lake. Thus on July 1955 at the cost of $800,000, control towers, runways, mobile halls and mess halls were constructed. Work then began there and it was controlled under the supervision of Lockheed Skunk Works. In August 4,1955,the U-2 spy plane had its first flight on the lake. The place was also placed under a major expansion in September 1960. Since then, other planes were included during certain tests. Among them were the C-54,A-12 and F-117A. Some of these flights were unsuccessful, however. Even some pilots were killed. Years followed and in the 80’s, parts of the former public area, specifically the Freedom Ridge and Whitesides Peak, were legitimately closed from the public.

Throughout the years, people living near the area or even some visitors have reported sightings of UFO spacecrafts flying around at night time around the complex. They also have said that strange, rumbling noises cab be usually heard there. However, the government continues denying these paranormal accusations and even the existence of Area 51. They reason out that the area is only used to serve as a site for military bombings.

Because of all these paranormal stories, people from all over the country hav become curious if the alleged site really existed. As years have passed, documents and articles have been written on the place. People claiming to have been assigned to work in Area 51 were even interviewed in television shows. UFO enthusiasts have begun flocking outside the complex hoping to secretly capture its photographs.

Share
Previous What is anti-dumping duty?
Next What is Arya Samaj? 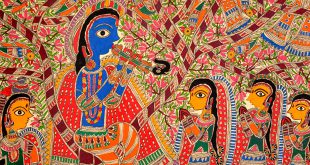 Janmashtami SMS: The festival of Janmashtami is celebrated with great fanfare by Hindus across the …