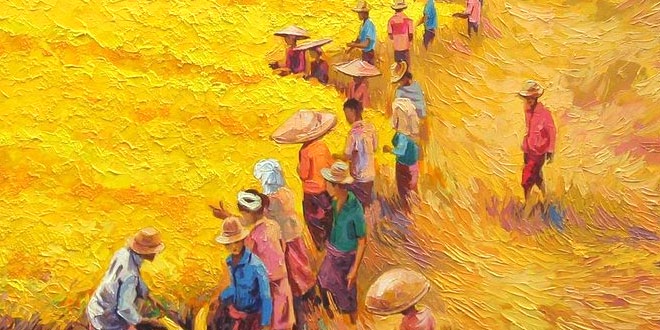 What are Baisakhi Customs and Rituals?

What are Baisakhi Customs and Rituals? The harvest festival of Baisakhi is celebrated with pomp and gaiety across the vibrant state of Punjab. It falls on the first day of the Indian calendar month, Vaishakh, which is usually April 13. Apart from being a harvest festival, it holds a special significance in the Sikh community, because it commemorates the establishment of the Khalsa (pure) order for the Sikhs. In Punjab, major activities are concentrated on the prayers conducted in Gurdwaras – the Sikh place of worship. Apart from prayers in Gurdwara, Baisakhi is celebrated as an energetic festival in the open fields of Punjab, with the colorful performances of gidda and bhangra dancers. Learn more about the customs associated with the celebration of Baisakhi, in the article.

Religious songs (kirtans) are sung after the amrita is sipped by the devotees. Later, Guru Granth Sahib is taken out in a procession, symbolizing the journey made by the five fearless devotees from their homes to Anandpur, to be baptized by Guru Gobind Singh. Traditional Punjabi folk dances – the Gidda and Bhangra – and mock duels are performed during the procession. The parade is typically Punjabi, with colorful drummers, bands playing religious tunes, people singing holy songs, and men swinging swords.

Loud Sikh chants such as ‘Bole so nihal!’ ‘Deg teg fateh!’ and rhythmic chants of ‘Sat nam’ and ‘Wahe guru’ ring out from the middle of the singing and drumming. Some men may wear the headgear (bana) of Guru Nanak, while others that of Guru Gobind Singh. At noon, the Karah Prasad or sweetened semolina is offered to the Guru to seek his blessings. Thereafter, the Prasad is distributed among the devotees gathered at the congregation. The ceremony culminates with a special guru-ka-langar or the community lunch. People sit down in rows, with their heads covered, as volunteers serve them with vegetarian meal.

Previous Regional Celebrations of Baisakhi New Year
Next What is Significance of Baisakhi?