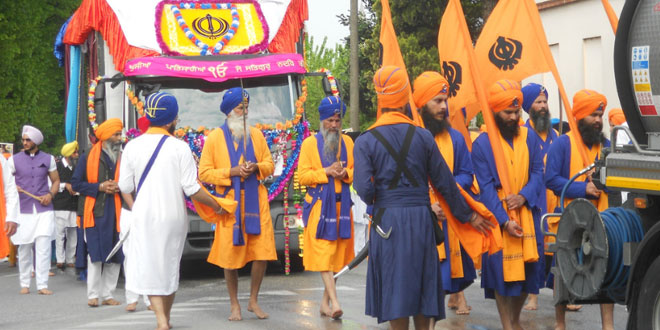 Name the legends associated with Baisakhi?

Legends are associated with a number of festivals celebrated in India. Since agriculture is the backbone of India – it provides livelihood to majority of the people in the rural areas of the country – the festival of harvest are given special importance in the calendar of events. Baisakhi is one of the important festivals celebrated with fun and fervor by the people living in the northern parts of the country. Apart from being a harvest festival, it holds religious significance too. A number of legends that revolve around Guru Gobind Singh, their tenth Guru, are associated with Baisakhi. Explore the article to know about the legends of Baisakhi.

Sikhs celebrate Baisakhi as the day of the formation of the Sikh Khalsa, or brotherhood. On the day, in 1699, Guru Gobind Singh (the tenth Sikh guru) called on the Sikhs to sacrifice themselves for their community. Sikhism, in its present form, owes its existence to that Baisakhi day. After the Baisakhi Day of 1699, the tradition of Gurus was put to an end by the Sikhs, who, thereafter, declared the Guru Granth Sahib as their eternal guide and their Holy Book. Baisakhi also prepares the people of Punjab for the joy of the harvest season, which begins on the following day. It is a day of feasting and merriment before the hard, tiring but fruitful time ahead.

The Story Of Five Sikhs

The most famous Sikh stories revolve around Baisakhi. Guru Gobind Singh, standing outside a tent, called for five Sikhs to sacrifice themselves for the community. When the first volunteer stepped up, the guru took him into the tent, and reappeared alone, carrying a blood stained sword. This happened with the four other people who volunteered. Later, the Guru revealed that he had been smearing the sword with the blood of a dead animal, and all the five people were safe. This is, perhaps, the most interesting legend connected to Baisakhi.

Previous What are Baisakhi Customs and Rituals?
Next What is a pink elephant? Kids Social Science Q&A