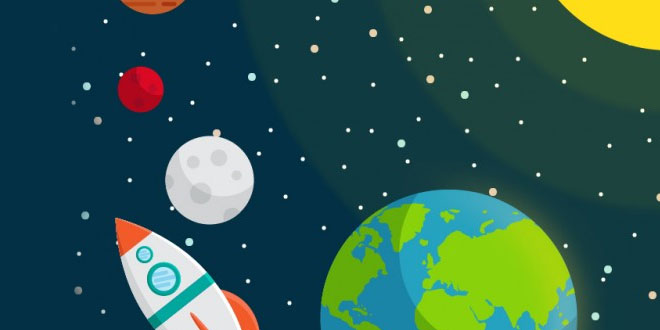 When is the earth nearest to the sun?

It is nearest to the sun on about the second or third day in January. The distance varies because it spins round the sun in an elliptical orbit or path. The time when the earth is closest to the sun is called the perihelion. The time when it is farthest away the aphelion comes six months later on the first or second day in July. During the perihelion the earth is 147 million kilometres from the sun (about 91 1/2 million miles), but during the aphelion it is 152 million kilometres away (94 1/2 millions miles).

When planetary distances in the solar system are compared, the average distance between these two extremes is used. This called the astronomical unit and in the case of the earth and sun, measures 149 million kilometres (about 93 million miles). If it were possible for an aircraft to fly from the earth to the sun at a constant speed of 1,000 miles per hour it would have to travel non-stop for 10 years to reach its destination.

The earth takes 365 1/4 days to travel round the sun and moves at a speed of nearly 19 miles a second. As can be seen from the dates of the perihelion and aphelion, the nearness of the sun does not determine the seasons. Our seasons are decided by the amount of daylight and directness of the sun’s rays on the earth’ surface. These conditions vary as the axis on which the earth spins is tilted.

What Are Perihelion And Aphelion?

The terms perihelion and aphelion describe different points in the Earth’s orbit of the Sun.

Remember that the Earth orbits the Sun in an elliptical path – which is oval, not circular. This means that the Earth is about 3 million miles nearer to the Sun in January at its nearest point than in July at its farthest point.

When Are Perihelion And Aphelion?

Isn’t it interesting that the Earth is farthest from the Sun during the hot summer months and closest during the winter months?

Previous What was the first life on the Earth?
Next What is the cause of the earth’s magnetic field?