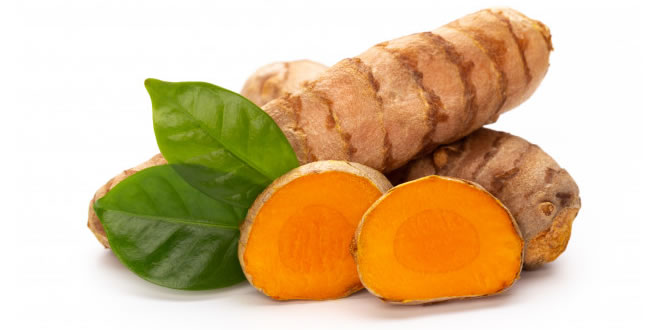 Ginger: Medicinal Root of Plant — Ginger is the common name for the monocotyledonous perennial plant Zingiber officinale. The term is also used to describe the edible part of the plant which is commonly used as a spice in cooking throughout the world. Often referred to as ginger “root”, the edible section is actually a rhizome. The ginger plant has a long history of cultivation known to originate in China and then spread to India, Southeast Asia, West Africa, and the Caribbean.

Ginger contains up to 3% of an essential oil that causes the fragrance of the spice. The main constituents are sesquiterpenoids with (-)-zingiberene as the main component. Lesser amounts of other sesquiterpenoids (β-sesquiphellandrene, bisabolene and farnesene) and a small monoterpenoid fraction (β-phelladrene, cineol, and citral) have also been identified.

The pungent taste of ginger is due to nonvolatile phenylpropanoid-derived compounds, particularly gingerols and shogaols. The latter are formed from the former when ginger is dried or cooked. Zingerone is also produced from gingerols during this process, and it is less pungent and has a spicy-sweet aroma. Ginger is also a minor chemical irritant, and because of this was used as a horse suppository by pre-World War I mounted regiments for figging.

Young ginger rhizomes are juicy and fleshy with a very mild taste. They are often pickled in vinegar or sherry as a snack or just cooked as an ingredient in many dishes. They can also be stewed in boiling water to make ginger tea, to which honey is often added as a sweetener; sliced orange or lemon fruit may also be added. Mature ginger roots are fibrous and nearly dry. The juice from old ginger roots is extremely potent and is often used as a spice in Chinese cuisine to flavor dishes such as seafood or mutton. Powdered dry ginger root (ginger powder) is typically used to add spiciness to gingerbread and other recipes. Ground and fresh ginger taste quite different and ground ginger is a poor substitute for fresh ginger. Fresh ginger can be successfully substituted for ground ginger and should be done at a ratio of 6 parts fresh for 1 part ground.

The medical form of ginger historically was called “Jamaica ginger”; it was classified as a stimulant and carminative, and used frequently for dyspepsia and colic. It was also frequently employed to disguise the taste of medicines. Ginger is on the FDA’s ‘generally recognized as safe’ list, though it does interact with some medications, including warfarin. Ginger is contraindicated in people suffering from gallstones as the herb promotes the release of bile from the gallbladder. Ginger may also decrease joint pain from arthritis, though studies on this have been inconsistent, and may have blood thinning and cholesterol lowering properties that may make it useful for treating heart disease.