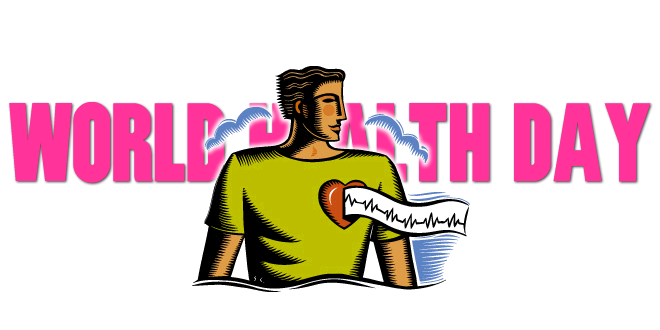 It is an annual event being celebrated for years to raise the common public awareness towards the health issues and concerns. A particular theme is chosen to run the celebration and take care of the health for whole year. Global Polio Eradication was also one of the special themes of the year 1995 of world health day. From then, most of the countries have become free of this fatal disease whereas in other parts of the world its awareness level has increased.

World Health Day targets all the health issues on global basis for which several programs are organized yearly by the WHO and other related health organizations at various places like schools, colleges and other crowd places. It is celebrated to remember the establishment of the World health Organization as well as draw the attention of people towards the major health issues in the world. WHO is a vast health organization working under UN for addressing the health issues on a global basis. Since its establishment it has addressed serious health issues including chickenpox, polio, smallpox, Tuberculosis (TB), leprosy and etc. from various developing countries. It has played a significant role aiming to make the world a healthy world. It has all the statistics about global health reports.

How is World Health Day celebrated?

World Health Day is celebrated worldwide by the government, non-government, NGOs including various health organizations at many places by organizing programmes relating to the public health issues and awareness. Participated organizations highlight their activities and supports through the media reports by means of press releases, news and etc. Health authorities from different country take part in the celebration with their pledges in order to support on the health issues worldwide.

Varieties of activities are done in the conference of health workers to encourage people to maintain their health in the presence of media coverage. Debates on the related topics, art exhibitions, essay writing, competitions and award ceremony are organized to fulfill the aim of world health day.

Why do we celebrate World Health Day?

World Health Day celebration focuses on increasing the life expectancy by adding good health to the lives of people and promoting healthier living habits. Youths of the new era are also targeted by this event to prevent and make them healthy to make the world healthy and free from AIDS and HIV.

Disease spreading vectors like mosquitoes (malaria, dengue fever, filaria, chikungunya, yellow fever and etc), ticks, bugs, sand flies, snails and etc are also spotlighted by the WHO to make the world free from a wide range of diseases caused by parasites and pathogens. It provides better prevention and cure from the vector-borne diseases spread by vectors and travelers from one country to other. WHO supports various health authorities on global basis to make their own efforts for the public health problems to enhance better life without any diseases.

Some of the objectives of why it is being celebrated yearly are listed below:

Previous Who was Lord Mahavir?
Next World Health Day Facebook Covers For Students