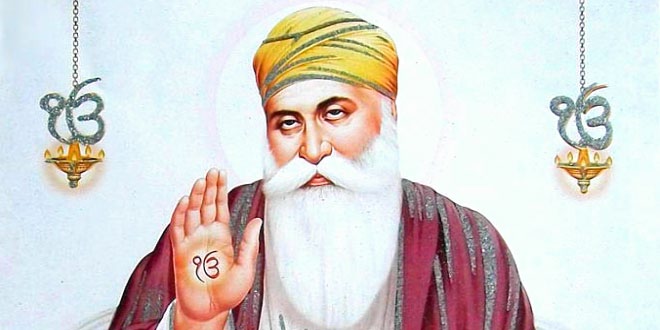 Guru Nanak Jayanti: Saints like Guru Nanak make their presence in this weary world in order to show the right path to the suffering humanity by their personal sacrifice and example. The message of Guru Nanak was a great blessing at a time when India was facing a great crisis. – Dalai Lama

There is neither a Hindu, nor a Muslim: only man.

Why is Guru Nanak Jayanti celebrated?

Guru means the preacher and Purab means an occasion. Gurpurab is the occasion celebrated in the name of the Gurus, the preachers. Occasion can be sad (Shaheedi Diwas) or happy (Janam Diwas).

Guru Nanak approached God with an open-minded love that embraced all religious principles and rejected all dogma. For his followers, his birthday is a time to rededicate themselves to humanitarian pursuits.

Though he is the Guru of the Sikhs, there are millions of others who love and believe in him, and worship him, among Hindus and other religions.

Guru Nanak Dev was the founder of Sikhism in that dark age of changing fortune tyranny fanaticism and ligatry was born in the month of Vaisakh on April 15,1469 in Punjab at a place called Rai Bhoeki Talwandi (now Nankana Sahib) to the south-west of Lahore (Pakistan). Though his Birthday for some obscure reasons is celebrated on the full-moon day of Kartik (November). His father’s name was Mehta Kalu of the Bedi seat of the Kashatriya Caste. He was Patwari (Village accountant) of Talwandi. His mother’s name was Mata Tripta and his sister’s name was Bibi Nanaki.

When Guru Nanak was born, his Muslimmid wife, Daultan, who attended upon him, revealed to the neighbourhood, that he laughed at his birth like an adult. The devout chroniclers suggest that the wise of the community heard notes of celestial music emanating from the high heavens on the advent of Guru Nanak Dev. The family astrologer, Hardyal on seeing the baby Nanak’s hand greeted him with joined palms and said that he would sit under a royal canopy, and be worshipped by both Hindus and Muslims, even the inanimate objects of nature would utter his name with reverence.

Guru Nanak was put to school at very young age. He was first sent to Pandit Panda Gopal who taught him Hindi, Later he studied Sanskrit under Pandit Bhijnath Shastri. Finally he learnt Persian and rudimentary Arabic under the guidance of Maulvi Qutab-ud-Din. He was a precocious child with an incisive mind and sharp questioning intellect but at the same time he was critical of what was taught to him. His teachers felt that their disciple is not interested in learning, but was also seriously concerned with the ancient philosophy concept concerning AMA GAWAN (transmigration), MAYA (illusion), ATMA (soul), MUKTI (salvation). Guru Nanak refused to stay long in the school, he devoted most of his time to meditation upon God, the absolute (Nirankar). This scared Guru Nanak’s father, Kalu who wanted him to become a successful man of affairs.

There are many stories of his early life. One of the interesting episodes of his life is that, Nanak was sent to his sister Nanaki who lived in Sultanpur (now in the district of Kapurthala). She was married to Jairam, the storekeeper of the Muslim Nawab. Being impressed with the honesty and innocent looks Guru Nanak, he was asked to take the charge of a department, which issued ration to servants, by the Nawab. Nanak acted very honestly and diligently, but also gave away most of his share to the holy men who frequented him at his storehouse. The news spread like fire that Nanak was squandering the royal stores on unauthorized persons. It was also reported against him that he sat, composed and listless, for hours after his work. And, even at work, when he reached the figure ‘thirteen’ (in Hindi ‘Tera‘), while weighing up his stores, he would repeat the word million times, saying “TERA MAIN TERA” (Thine, O God, I’m Thine). It is also said that one day, when he was still very young, he took a dip into the river called Wayyain, for his regular morning bath. But this time he disappeared into the waters for two days and nights. On the third day he reappeared with a verse on his lip which is now called the “mool mantra” and appears at the commencement of every chapter and sub-chapter in the Shri Guru Granth Sahib, the sacred scripture of the Sikhs. He traveled the length and breadth of Asia spreading his message of love and service to humanity. During his first Udasi (preaching odyssey) Sri Guru Nanak Dev along with Bhai Mardana visited Goindwal, now in district Amritsar (India).

Here he called on a leper and asked his permission to spend a night in his cottage. The leper was amazed and filled with joy and said “Even the animals would not come nearby, but because of the grace of God I have come across a human being.” Where as at the very sight of the Guru, the leper was cured of leprosy. These are the ways of men of God who by way of compassion cure the ills of humanity.

Three weeks before Gurupurav, the streets see a special procession called Prabhat Pheri (Nagar Kirtan / procession). Hymns and chants in praise of the guru feature prominently during these early-morning parades. Along the way, people offer sweets and tea to the marchers. Prabhat Pheris come to an end on the day of Guru Nanak Dev’s birthday i.e. Gurupurav. Beginning three days before Gurupurav, the Sikh holy book – the Guru Granth Sahib – is read without break in the gurudwaras. The reading is known as the Akhand path, and ends on the day of the festival.

On the day of the festival, after prayers at the gurudwara, the Granth Sahib is decorated with flowers and carried out in a Nagar Kirtan (procession). Five armed guards, representing the Panch Pyare (five volunteers blessed by the tenth Sikh guru, Gobind Singh), head the Nagar Kirtan (procession) carrying the Sikh flag, known as the Nishan Sahib. Local bands playing religious music, the enthusiastic Bhangra dance, and the colourful dholak (folk drum) players add colour to the parade. The fighting skills or martial arts performed by guards (specially Nihangs, the sikh warriors) adds to the zeal of the celebration.

Guru Nanak Dev believed in a caste less society without any distinctions. He institutionalized the common kitchen called “langar“. Where all could sit together and enjoy a common meal, whether they were rich or poor. So the langar or special open lunch, is served in gurudwaras. The idea is to offer food by the people in the spirit of seva (service) and bhakti (devotion).

On Guru Nanak Jayanti evening, the gurudwaras and houses are decorated with earthen lamps and candles.

The Sikh community celebrates Gurpurab all over India. Though he is the Guru of the Sikhs, there are millions of others who love and believe in him, and worship him. Among Hindus and other religions, there are ‘Nanak Panthies‘ by hundreds and thousands. The celebrations are made all over India, especially in Punjab and Haryana.

For his followers, his birthday is a time to rededicate themselves to humanitarian pursuits. 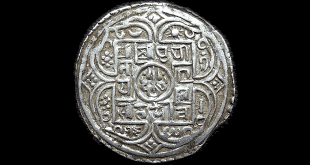 Guru Gobind Singh Jayanti Celebrated by the Sikhs, the birthday of their tenth and last …