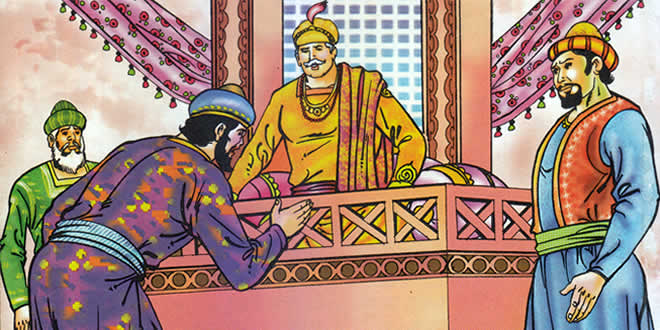 One day Daulat, a slave, who worked at Emperor Akbar’s court, made some mistake and incurred his wrath. Emperor Akbar asked him to leave the court. He went to Birbal’s house.

Birbal listened to him and suggested, “Once again, you go to the court and ask the Emperor, “Daulat has come, should he stay or leave”?

The Emperor was surprised to see him back. Daulat said to him, “Forgive me, Your Majesty. Should ‘Daulat’ stay or go away?”.

The Emperor was pleased with the double meaning of ‘Daulat’ (riches). He said, “Let it stay!” None with a balanced state of mind would say, “Let Daulat’ (riches) go away?”

Previous Sherni: 2021 Bollywood Action Thriller Drama
Next Singing Fakir: Tale of Birble in the guise of a fakir