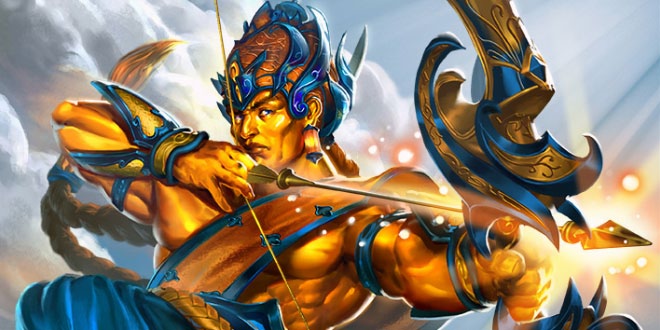 Dussehra Facebook Covers: Dussehra, also known as Vijayadashmi, is a major Indian festival celebrated on the tenth day of Ashvin month according to the Hindu calendar. This day falls in the month of September or October. The day culminates a 9 day fasting period of Navratri in the Hindu culture. The day also coincides with immersion of the idol of Goddess Durga. The day is celebrated to commemorate the killing of Ravana by Lord Rama. The day also celebrates the killing of demon Mahishasur by Goddess Durga. Dussehra celebration spreads the message of the victory of good over sin.

What Do People Do On Dussehra?

Many people of the Hindu faith observe Dussehra through special prayer meetings and food offerings to the gods at home or in temples throughout India. They also hold outdoor fairs (melas) and large parades with effigies of Ravana (a mythical king of ancient Sri Lanka). The effigies are burnt on bonfires in the evening. Dussehra is the culmination of the Navratri festival.

There are many local celebrations in some areas in India that can last for up to 10 days. Local events include:

Many Hindus also believe that it is lucky to start a new venture, project or journey on Dussehra. They may also exchange gifts of leaves from the Shami tree (Prosopis spicigera) as a symbol of the story of the Pandavas brothers’ exile in the Mahabharata stories.