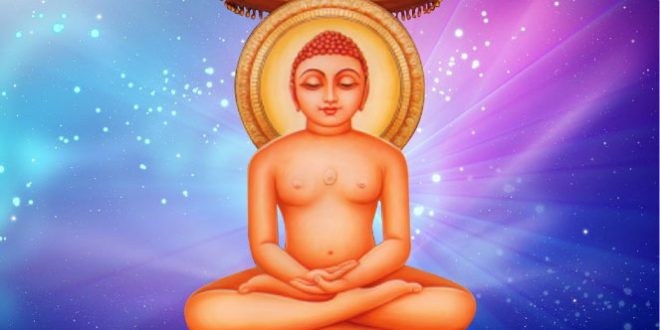 Mahavir Jayanti Facebook Covers For Students: The religious festival of Mahavir Jayanti is celebrated by the Jain community to commemorate the birth of the Lord Mahavira. Mahavira was the 24th and the last Tirthankara (enlightened being). He was born in 599 BCE to King Siddhartha and Queen Trishala.

Lord Mahavira was the twenty-fourth and last Jain Tirthankara according to the Jain philosophy. A Tirthankara is an enlightened soul who is born as a human being and attains perfection through intense meditation. For a Jain, Lord Mahavira is no less than God and his philosophy is like the Bible. Born as Vardhamana Mahavir, he later came to be known as Bhagvan Mahaveer. At the age of 30, Vardhamana left his home in pursuit of spiritual awakening, and for the next twelve-and-a-half years, he practiced severe meditation and penance, after which he became omniscient. After achieving Kevala Jnana, he travelled throughout the Indian subcontinent to teach Jain philosophy for the next 30 years.
Share