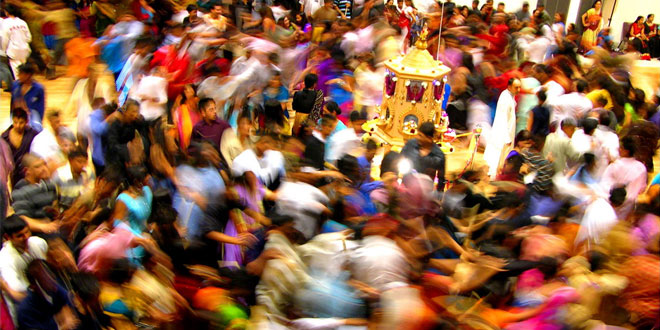 Navratri is celebrated in myriad ways, by the Hindus across India. The celebrations seen in north India would be exactly the opposite of the merrymaking of people in South India. The mood of people in the eastern state of West Bengal is entirely different during the festive season of Navratri, as the occasion is celebrated as the triumph of goodness (Goddess Durga) over the evil (demon Mahishasura). While in the western state of Gujarat, it is a nine-day carnival, with glowing city lights, scintillating dance performances and grooving music. The performance of Garba, a popular folk dance of Gujarat, is the highlight of the celebrations of Navratri in the state. In the following lines, you will learn all about Garba dance of Navratri.

In Gujarat, Garba is performed on festive occasions like Navratri, Sharad Purnima, Vasant Panchami and Holi. When the folk dance is performed during the nine nights of Navratri, it symbolizes the worship of Goddess Jagdamba. The dance is performed by generally women, but men also take part nowadays. The performers stand in a circular form, to perform the dance. The word ‘Garba’ is derived from ‘Garbha Deep’, a lamp placed inside a perforated earthen pot or Garba. The perforated pot is illuminated by the lamp inside it, which represents the embryonic life. According to the legends, Usha, the grand daughter-in-law of Lord Krishna, popularized Lasya Nritya, which is today known by the name – Garba.

In the primitive form of Garba dance, the women place the pot ‘Garba’, with lamp on their head and move in a circular motion. They sing and clap their hands simultaneously and synchronize their circular steps, very gracefully. The dance is accompanied by folk instruments. The pot is filled with a betel nut and a silver coin. On top of it, a coconut is place, giving it the appearance of a holy ‘Kumbh’. In the interiors of Gujarat, there exists a tradition, according to which, women place the perforated earthen pot (with the lamp inside it) at the center on a stool and dance around it, by clapping their hands and singing songs in the praise of Goddess Jagdamba.

During the festive season of Navratri, Garba dance performances begin at the night. The performances are arranged by different clubs and cultural committees. During the ‘Garba night’, the participants gather at an open space, a club or at street corners. They stand in a circle, around an idol or photograph of the goddess that is kept in the center. The dance begins with beats in slow tempo. As the dance proceeds, the energy level of the participants is heightened due to the fast beat and tempo of the music. The music is synchronized by a drummer, who sits in the center of the dancers.

Navratri Garba is the most colorful form of the dance. The performers, both men and women, would clad themselves in colorful and magnetically attractive traditional attire. The most chosen attire for the dance is sari, worn in the typical Gujarati style. In Saurashtra region, the performers would wear magnificently embroidered petticoats (Ghaghara) with a backless choli (kapdu), accessorized with a head cover (odhani). They would adorn themselves with lots of silver jewelry on their head. Their male counterpart would wear kediyum (shirt) and vajani (trouser), with a rumal (printed headpiece). Drum, harmonium and naal are the musical instruments usually used for Garba dance. 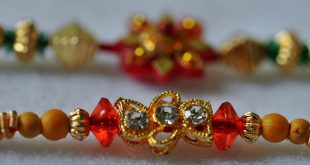