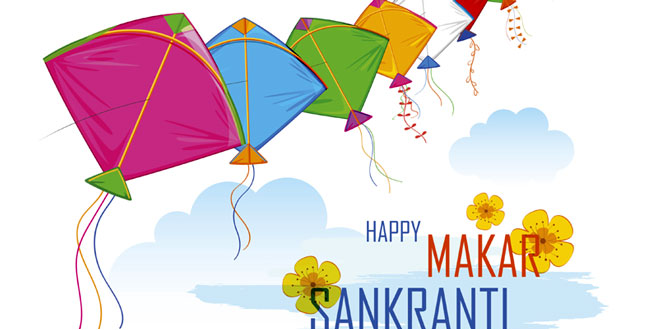 Makar Sankranti History: Makar Sankranthi, or Sankranti is a popular Indian festival. It is celebrated in many parts of the country and also in some other parts of the world with great zeal and enthusiasm. It is a harvest festival which is basically celebrated in the Hindu communities. In Indian, the states of Bihar, Bengal, Punjab, Maharashtra, Gujarat, Rajasthan and Tamil Nadu celebrate the festival with great fervor and gusto. In Tamil Nadu the festival is known as Pongal, in Assam as Bhogali Bihu, in Punjab, as Lohiri, in Gujarat and Rajasthan, as Uttararayan. Outside India, the festival is given due importance in the countries like Nepal where it is celebrated as Maghe Sakrati or Maghi, in Thailand where it is named as Songkran and in Myanmar where it is called Thingyan.

The festival of Makar Sankranti marks the day when the sun begins its northward journey and enters the sign of Makar (the Capricorn) from the Tropic of Cancer. It is like the movement of sun from Dakshinayana (south) to Uttarayan (north) hemisphere. It is the one of the few chosen Indian Hindu festivals which has a fixed date. This day falls on the 14th of January every year according to the Hindu Solar Calendar. The festival is considered to be a day from where onward all the auspicious ritualistic ceremonies can be solemnized in any Hindu family. This is thus considered as the holy phase of transition.

Shankranti means transmigration of Sun from one zodiac in Indian astrology to the other. As per Hindu customary beliefs, there are 12 such Sankrantis in all. But the festival is celebrated only on the occasion of Makara Sankaranti i.e. the transition of the Sun from Sagittarius (‘Dhanu’ Rashi) to Capricorn (‘Makara’ Rasi). In this case, the zodiacs are measured sidereally, and not tropically, in order to account the Earth’s procession. That is why the festival falls about 21 days after the tropical winter solstice which lies between December 20 and 23rd. Here the sun marks the starting of Uttarayana, which means northern progress of Sun.

Makar Sankranti holds special significance as on this day the solar calendar measures the day and night to be of equal duration on this day. From this day onward, the days become longer and warmer. It is the day when people of northern hemisphere, the northward path of the sun marks the period when the sun is getting closer to them. The importance of the day was signified by the Aryans who started celebrating this day as an auspicious day for festivities. The reason behind this may be the fact that it marked the onset of harvest season. Even in the epic of Mahabharata, an episode mentions how people in that era also considered the day as auspicious. Bhishma Pitamah even after being wounded in the Mahabharata war lingered on till Uttarayan set in, so that he can attain heavenly abode in auspicious times. It is said that death on this day to brings Moksha or salvation to the deceased.