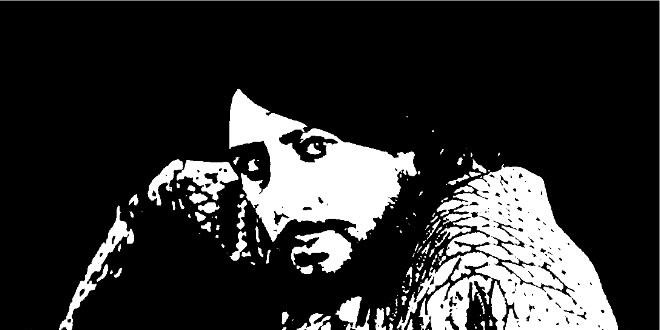 Dulla Bhatti grew up as a real fighter and warrior learning the art with his keen eye from here and there, unknowingly in the foot-steps of his father and grandfather. When he was young enough, his mother told him the about the past and from then on Dulla pledged that his only purpose in life was to defeat Akbar and kill him.

In the meantime, Salim had a fall out with Akbar over Salim’s love affair with Anarkali. Salim rebelled and came up North-west and met up with Dulla. Salim instigated Dulla further to achieve his own motive as well. With Salim’s support, Dulla built up a small army of dacoits which made loots from the imperial treasure and merchants in the area of Sandal Bar. The famous loots among them being stealing horses from a merchant who was supposed to be working for the Akbar, then robbing Akbar’s gifts sent from the Middle East. His loots were distributed among the poor and this made him a popular and a heroic rebel. His compassion for the poor and his help in getting poor girls married is still remembered, especially during the times of celebrating the festival of Lohri (mostly falls on 13 January). Although different versions of the festive song are sung in different regions, it sounds something like:

Seeing so much support for his nephew, Dulla’s uncle Jalaludin, got envious and complained to Akbar against the mischievous Dulla.

In the meantime, Dulla kidnapped two of Akbar’s wives who were going for the Haj pilgrimage. This infuriated Akbar and he ordered immediate capture or killing of Dulla and the safe release of his queens. A huge army was sent for the task, and Dulla would not binge. People of that area wanted to save Dulla and tried to distract the army; so much so that one girl tried to lure the army chief.

Anyway, Dulla fought bravely and for once the Mughal army had to call for reinforcements because the rebels and the public support were too hot to handle. Dulla’s son was killed in the war. Dulla was deceitfully captured and brought to emperor’s court in Delhi. He was hanged to death.