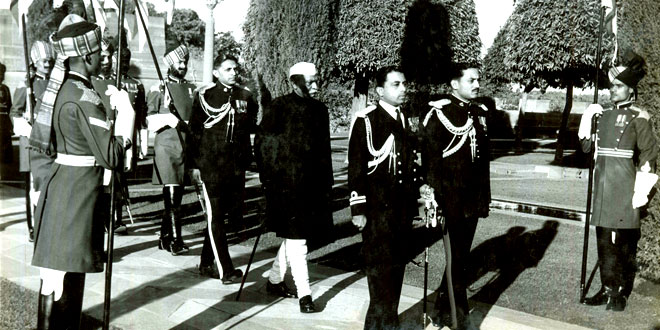 Journey of Indian Republic: Year 1950, a salute of 21 guns and the unfurling of the Indian National flag by Dr. Rajendra Prasad heralded the historic birth of the Indian Republic on January 26, 1950; 894 days after our country became a dominion following withdrawal of British Rule. Since then, every year the day is celebrated with great pride and happiness all over the nation.

The transition of India from a British colony to a sovereign, secular, and democratic nation was indeed historical. It was a long journey of around two decades that started with the conceptualization of the dream in 1930 to its actual realization in 1950. A look into the journey that led to the birth of Indian Republic will make our celebrations more meaningful.

The seeds of a republican nation were sowed at the Lahore session of the Indian National Congress at the midnight of 31st December 1929. The session was held under the presidency of Pt. Jawahar Lal Nehru. Those present in the meeting took a pledge to mark January 26 as “Independence Day” in order to march towards realizing the dream of complete independence from the British. The Lahore Session paved way to the Civil Disobedience movement. It was decided that January 26, 1930 would be observed as the Purna Swaraj (complete Independence) Day. Many Indian political parties and Indian revolutionaries from all over the country united to observe the day with honour and pride.

The Indian Constituent Assembly, which was constituted as a result of the negotiations between the Indian leaders and members of the British Cabinet Mission, had its first meeting on December 9, 1946. The Objective of the Assembly was to give India a constitution, which would serve a lasting purpose and hence appointed a number of committees to thoroughly research the various aspects of the proposed constitution. The recommendations were discussed, debated and revised many times before the Indian Constitution was finalized and officially adopted three years later on November 26, 1949.

Though India became a free nation on August 15, 1947, it enjoyed the true spirit of Independence on January 26, 1950 when the Constitution of India finally came into force. The Constitution gave the citizens of India the power to govern themselves by choosing their own government. Dr. Rajendra Prasad, took oath as the first President of India at the Durbar Hall in the Government House and this was followed by the Presidential drive along a five-mile route to the Irwin Stadium, where he unfurled the National Flag.

Ever since the historic day, January 26 is celebrated with festivities and patriotic fervor all around the country. The day owes its importance to the constitution of India that was adopted on this day. On this Republic Day, read what the great Constitution of India, that propounds liberal democracy, has in its store. Let’s also feel proud in pronouncing what the Preamble to our Constitution says.