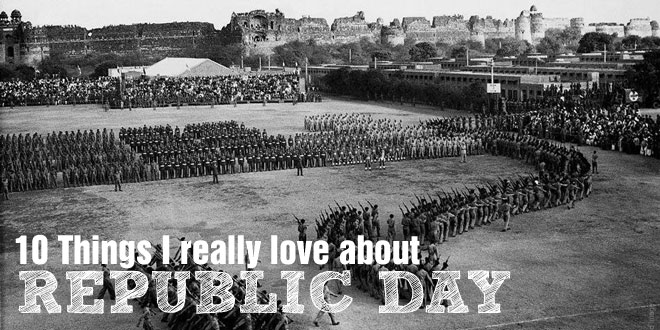 10 Things I really love about Republic Day: I am a very patriotic guy. I am one of the many people who watch the Republic Day parade on Doordarshan with a huge lump in my throat and an inherent belief that I live in the greatest country in the world.

I love every part of the Republic Day parade – I love that it’s long; I love that it’s diverse, I love that it’s perfectly coordinated, I love that there are errors and yes… I also love that it is pretty much the same always. The parade is bit like the wedding season in Delhi…sure the colors may change a bit, it may take 10 hours instead of 9.5 one year, the music might get a tad livelier… but at the end of the day, you know what to expect. There will be slim missiles, huge fat tanks, some dancing, some floating… and eventually, the police will show up. Here are a few of my favorite things: