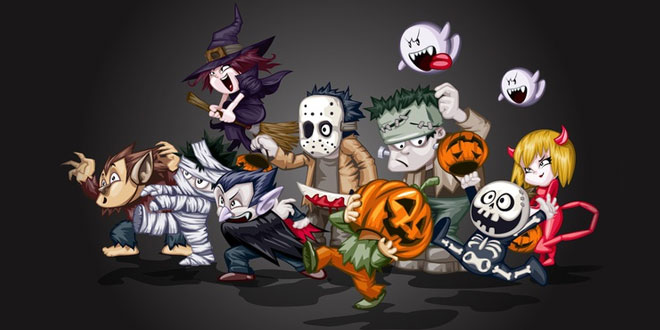 Halloween Movies: Halloween is one of the most awaited times of the year, especially for kids. This is because the festival gives them the perfect reason to indulge in naughtiness. On top of that, they can even get away with it, since it is Halloween! Even adults love to take part in its celebrations and spend some time in fun and merriment. Majority of the people either attend or throw parties on Halloween and enjoy with their close family and friends. Costume parties are the most popular during this time. Decorating the house in a scary way and playing ticks on loved ones are the highlights of this festival.

The night of Halloween is the perfect time, after the customary dressing up in horrible costumes and trick-or-treating, to watch horror movies with your friends as you huddle together under a blanket, trying not to scream whenever a sudden shadow or dislodged arm appears on screen. So, dare and see how much you can take. For the real fun, let yourself scream with the moments of the movie and let the adrenaline rush take over you. In this section, we have mentioned some of the spooky Halloween movies to scare you out of your wits. Go through the list and take your pick.

It’s The Great Pumpkin Charlie Brown’ is one of favorite movies amongst the kids, which they love watching on Halloween. Based on the comic strip ‘Peanuts’ by Charles Schultz, the film has managed to capture the real spirit of Halloween from children’s eyes, through the classic animations.

James and the Giant Peach

Released in 1996, “James and The Giant Peach” is a Disney flick, with a combination of live action and amazing animation. It is the story of a recently orphaned boy called James. His sole property is a bag of glowing, magical crocodile tongues, which grows into a gigantic peach, when he drops some of them accidentally.

The Nightmare Before Christmas

Nominated for ‘Best Visual Effects’ at Academy Awards and ‘Best Original Score’ for Golden Globe Awards, “The Nightmare Before Christmas” is a popular kids’ movie. This 1993 Tim Burton animation is a visual and musical treat. The macabre humor stems from the whim of the bored Pumpkin King Jack Skellington from Halloween Town, who is inspired by Christmas Land.

In 1995, Brad Silberling, the director of the movie Casper, introduced Casper as the friendly ghost and he became an instant hit with the children who loved to have their very own ghost. He was a ghost ready to help them out with his supernatural powers and who could perform some real cool tricks that were only possible for a ghost, including moving in and out of walls.

Released in 1990, “The Witches” is based on a book penned by Roald Dahl, with the same name. It was the last flick produced by Jim Henson. It revolves around the nine-year-old Luke and his grandmother, who go on a vacation to England and bump into the masked witches, who have gathered to plan how to turn all England’s children into mice.