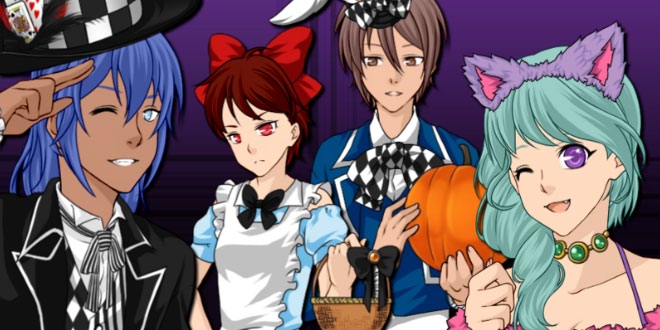 Halloween is an annual holiday celebrated on October 31. It has roots in the Celtic pagan festival of Samhain and the Christian holy day of All Saints. It is largely a secular celebration, but some have expressed strong feelings about perceived religious overtones. Irish immigrants carried versions of the tradition to North America during Ireland‘s Great Famine of the 1840s.

Halloween has origins in the ancient Gaelic festival known as Samhain (pronounced sow-in or sau-an), which is derived from Old Irish and means roughly “summer’s end”. A similar festival was held by the ancient Britons and is known as Calan Gaeaf (pronounced kalan-geyf). The festival of Samhain celebrates the end of the “lighter half” of the year and beginning of the “darker half”, and is sometimes regarded as the “Celtic New Year“.

It could be seen as a festival of the dead. The ancient Gaels believed that the border between this world and the other world became thin on Samhain, allowing spirits (both harmless and harmful) to pass through. The family’s ancestors were honored and invited home whilst harmful spirits were warded off. It is believed that the need to ward off harmful spirits led to the wearing of costumes and masks. Their purpose was to disguise oneself as a harmful spirit and thus avoid harm. In Scotland the spirits were impersonated by young men dressed in white with masked, veiled or blackened faces.

Samhain was also a time to take stock of food supplies and slaughter livestock for winter stores. Bonfires played a large part in the festivities. All other fires were doused and each home lit their hearth from the bonfire. The bones of slaughtered livestock were cast into its flames. Sometimes two bonfires would be built side-by-side, and people and their livestock would walk between them as a cleansing ritual.

Another common practice was divination, which often involved the use of food and drink.

On All Hallows’ eve, the ancient Celts would place a skeleton on their window sill to represent the departed. Originating in Europe, these lanterns were first carved from a turnip or rutabaga. Believing that the head was the most powerful part of the body, containing the spirit and the knowledge, the Celts used the “head” of the vegetable to frighten off harmful spirits. Welsh, Irish and British myth are full of legends of the Brazen Head, which may be a folk memory of the widespread ancient Celtic practice of headhunting – the results of which were often nailed to a door lintel or brought to the fireside to speak their wisdom. The name jack-o’-lantern can be traced back to the Irish legend of Stingy Jack, a greedy, gambling, hard-drinking old farmer. He tricked the devil into climbing a tree and trapped him by carving a cross into the tree trunk. In revenge, the devil placed a curse on Jack, condemning him to forever wander the earth at night with the only light he had: a candle inside of a hollowed turnip. The carving of pumpkins is associated with Halloween in North America where pumpkins are both readily available and much larger- making them easier to carve than turnips. Many families that celebrate Halloween carve a pumpkin into a frightening or comical face and place it on their doorstep after dark. The American tradition of carving pumpkins preceded the Great Famine period of Irish immigration and was originally associated with harvest time in general, not becoming specifically associated with Halloween until the mid-to-late 1800s.

Particularly in America, symbolism is inspired by classic horror films (which contain fictional figures like Frankenstein’s monster and The Mummy). Elements of the autumn season, such as pumpkins, corn husks, and scarecrows, are also prevalent. Homes are often decorated with these types of symbols around Halloween.

The two main colors associated with Halloween are orange and black.

Typical Halloween scene in Dublin, Ireland. Trick-or-treating is a customary celebration for children on Halloween. Children go in costume from house to house, asking for treats such as candy or sometimes money, with the question, “Trick or treat?” The word “trick” refers to a (mostly idle) threat to perform mischief on the homeowners or their property if no treat is given. In some parts of Ireland and Scotland children still go guising. In this custom the child performs some sort of show, i.e. sings a song or tells a ghost story, in order to earn their treats.

Halloween Games and Other Activities:

There are several games traditionally associated with Halloween parties. One common game is dunking or apple bobbing, in which apples float in a tub or a large basin of water and the participants must use their teeth to remove an apple from the basin. A variant of dunking involves kneeling on a chair, holding a fork between the teeth and trying to drop the fork into an apple. Another common game involves hanging up treacle or donuts by strings; these must be eaten without using hands while they remain attached to the string, an activity that inevitably leads to a very sticky face.

Some games traditionally played at Halloween are forms of divination. In Puicíní (pronounced “poocheeny”), a game played in Ireland, a blindfolded person is seated in front of a table on which several saucers are placed. The saucers are shuffled, and the seated person then chooses one by touch; the contents of the saucer determine the person’s life during the following year. In 19th-century Ireland, young women placed slugs in saucers sprinkled with flour. A traditional Irish and Scottish form of divining one’s future spouse is to carve an apple in one long strip, then toss the peel over one’s shoulder. The peel is believed to land in the shape of the first letter of the future spouse’s name. This custom has survived among Irish and Scottish immigrants in the rural United States.

Unmarried women were told that if they sat in a darkened room and gazed into a mirror on Halloween night, the face of their future husband would appear in the mirror. However, if they were destined to die before marriage, a skull would appear. The custom was widespread enough to be commemorated on greeting cards from the late 19th and early 20th centuries.

Halloween costumes are outfits worn on or around October 31, the day of Halloween. Halloween is a modern-day holiday originating in the Celtic pagan holiday of Samhain (in Christian times, the eve of All Saints Day). The custom of wearing costumes and masks at Halloween goes back to Celtic traditions of attempting to copy the evil spirits or placate them, In Scotland for instance where the dead were impersonated by young men with masked, veiled or blackened faces, dressed in white.

Costuming became popular for Halloween parties in America in the early 1900s, as often for adults as for children. The first mass-produced Halloween costumes appeared in stores in the 1930s when trick-or-treating was becoming popular in the United States.

What sets Halloween costumes apart from costumes for other celebrations or days of dressing up is that they are often designed to imitate supernatural and scary beings. Costumes are traditionally those of monsters such as vampires, ghosts, skeletons, witches, and devils, or in more recent years such science fiction-inspired characters as aliens and superheroes. There are also costumes of pop culture figures like presidents, athletes, celebrities, or film, television, and cartoon characters. Another popular trend is for women (and in some cases, men) to use Halloween as an excuse to wear sexy or revealing costumes, showing off more skin than would be socially acceptable otherwise.

Halloween costume parties generally fall on, or around, 31 October, often falling on the Friday or Saturday prior to Halloween.

Previous Halloween to give heebie-jeebies to Delhiites
Next Halloween Movies: Halloween Scary Movies