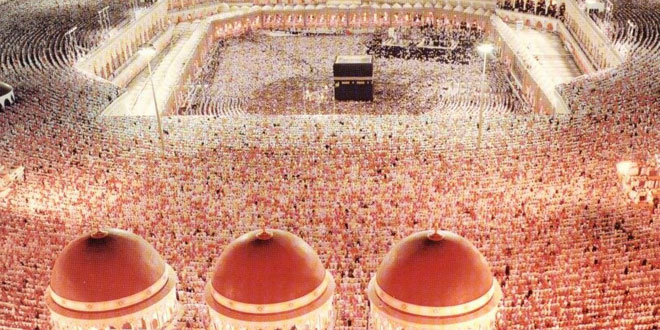 Bakra Eid Significance: Bakra Eid or Eid al-Adha is one of the major religious festivals celebrated every year by the Muslim community across the world as per the Hijri calendar. Just like Ramadan and Eid ul-Fitr, Bakra Eid too is celebrated with grand enthusiasm and magnificence. This holy occasion is observed from the 10th to the 12th day of the twelfth month of Dhul Hijjah in the Islamic calendar. The festival commemorates the faith of Prophet Ibrahim in God, when he agreed to sacrifice his son upon the order by God. People wear new and clean clothes, offer prayers, greet one another and move ahead for sacrificing domestic animals. These animals are slaughtered and the meat is distributed to the needy and among family and friends. Read on further to know more about what Bakra Eid is and the importance of celebrating it.

What Is Eid al-Adha

The Holy Quran perfectly explains the significance of celebrating Eid al-Adha with such immense splendor and grandeur. On the pretext of testing Prophet Ibrahim’s faith, God appeared in Ibrahim’s dreams and asked him to sacrifice his most beloved possession. Ibrahim truly loved his son, Ismail and hence, had no option but to sacrifice him. Thus, Ibrahim along with Ismail started making their way up to the mount of Mina near Mecca. As it was impossible to see his son dying in front of his eyes, Ibrahim blindfolded himself and raised the sharp sword. While reciting Allah’s name, Ibrahim beheaded his son. He opened his eyes and was surprised at the sight.

To his surprise, his son Ismail was standing healthy nearby him and a dead ram was lying in a pool of blood in front of him. As such, Ibrahim emerged as a winner in the eyes of God for his strong faith and belief in the almighty. Thus, this day is celebrated as Eid al-Adha by the entire Muslim community across the globe to honor Ibrahim’s complete obedience towards God. The day is commemorated by slaughtering domestic animals, such as goat, sheep, lamb, camel, buffalo and so on. This meat is divided into three parts. While the first is eaten by the family, the second is distributed amongst relatives and the third part is given to the poor and needy.

This holy festival of Eid al-Adha is celebrated on the 10th day of the month of Dhul Hijjah (twelfth and last month) of the Hijri calendar followed by the Muslims. The celebrations are spread across three days from the 10th to the 12th day. These celebrations begin after the completion of the Hajj, the annual pilgrimage performed by Muslims in Mecca, Saudi Arabia. Hajj serves as one of the five pillars of Islam. This means, a Muslim has to perform Hajj at least once during their lifetime, unless they are debarred due to lack of finances or ill-health. This pilgrimage is performed to get rid of all sins and become more obedient and spiritual towards God.