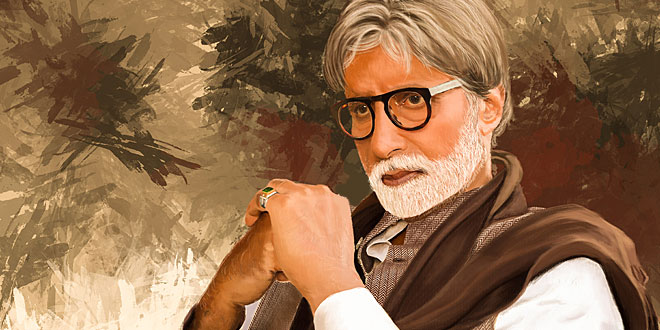 Astrology and Amitabh Bachchan — Amitabh Bachchan is the most popular Indian movie star today. His acting skills, his life, his popularity, his successes and failures, all have been subjects of talk among his fans since more than last thirty years.

Amitabh was born on 11th October 1942. His horoscope has some remarkable and powerful rajyogas. Born in an Aquarius ascendant, Amitabh has Ketu in his ascendant and Rahu in the seventh house of marriage. Jupiter is exalted and very strongly placed in the house of popularity and fame. 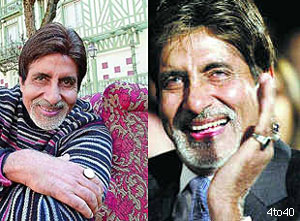 Saturn, his ascendant lord and a yogakarak for his horoscope is comfortable in his fourth house giving him a brooding and serious demeanor. Adding to this brooding persona is Ketu in his ascendant which makes brings some extremes of behavior in his personality.

Ketu makes him a very understanding and caring person. On the surface he seems aloof and serene but his near ones know him as a person who cares about all far and near to him. Though, Ketu gives him a lot of pent up anger, it also provides the inexhaustible energy which has driven his life through all its ups and downs.

In his eighth house if occult, accidents and longevity, Amitabh has four planets in a very potent combination. This shows his developed interest in spirituality and yoga. It has also given him unexpected and sudden gains in life. But, this combination has also brought about accidents, downfalls and serious, incurable and persistent health problems. He is very prone to suffer from auto immune disorders. 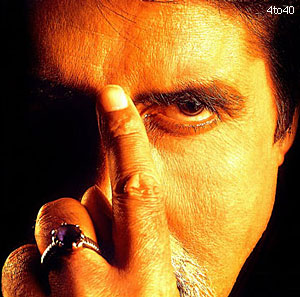 Now we take a look at his dasha periods in life. He entered his mahadasha of Saturn in 1971. This 19 year dasha of a yogakarak well placed planet took to great heights in his career. He ruled film industry during this dasha. Then started the dasha of Mercury which gave mixed results due to its exaltation but poor placement in eighth house. This brought about the initial losses of ABCL Ltd, his much hyped foray in entrepreneurship. There came a time when his critics had termed his absence from movies as his permanent retirement.

Then, Mercury brought about a welcome change. Amitabh reinvented himself and like a phoenix rising from its own ashes, a new Amitabh came before his fans in a new look. All misconceptions about his aloofness were shattered when Amitabh became the host of the popular show Kaun Banega Crorepati. People were floored by his charm, politeness, knowledge, intelligence and wisdom. The real Amitabh came out as a much better and wonderful person than what his roles on screen portrayed him to be.

Soon, some powerful roles in some well directed movies made him the superstar once again. Mercury dasha brought the worst and the best for Amitabh Bachchan.

In 2007, Amitabh entered Ketu dasha. This seven year long dasha is not beneficial for him. A lot of nagging problems have come up coinciding with this dasha. Some legal problems, health issues, etc, will bother him for the rest of this dasha.

Amitabh has such a strong horoscope that he will come out of all difficulties in a better and stronger form. This Ketu dasha will make him more spiritual and in the spiritual field too he will make his mark.