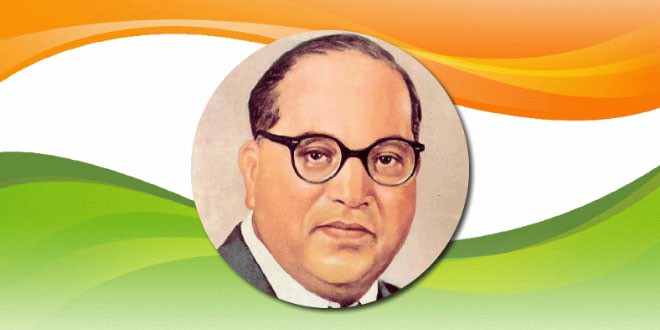 Bhimrao Ambedkar Quiz: (14 April 1891 – 6 December 1956), popularly known as Babasaheb, was an Indian jurist, economist, politician and social reformer who inspired the Dalit Buddhist Movement and campaigned against social discrimination against Untouchables (Dalits), while also supporting the rights of women and labour. He was Independent India‘s first law minister, the principal architect of the Constitution of India and a founding father of the Republic of India. Here we present you a online quiz on Dr. Ambedkar – consisting of 10 multiple choice questions (in precise – 4 choices).

Lets see how much you know about this great Indian personality – Bhimrao Ambedkar.

Ambedkar Jayanti is celebrated by the people of India very happily to remember his immense contributions for the poor people of India. Dr. Bhimrao Ambedkar is the father of Indian Constitution who had drafted the Constitution of India. He was the great human rights activists who born on 14th of April in 1891.

He had established the “Bahishkrit Hitkarini Sabha” in the year 1923 in India aiming to spread the necessity of education as well as enhancing the economic status of the low group people of India. He run a social movement for people using slogan “Educate-Agitate-Organize” aiming to eradicate the castism in India as well as rebuilding the Indian Society by following the rule of equality of human beings.

A march was also led by him in the year 1927 at Mahad, Maharashtra for establishing the equal rights for untouchable people who were not allowed to even touch or taste the water of “Public Chawdar Lake”. He has been marked in the Indian history for starting the social movements like anti-caste, anti-priest movement and temple entry movement.

He led the temple entry movement in the year 1930 at Kalaram Temple, Nashik, Maharashtra for real human rights and political justice. He said that political power is not the only way to solve all the problems of depressed class people, they should get equal rights in the society in every field. He was deeply involved in making legal changes in order to protect the low class people rights during his Membership of Viceroy’s Executive Council in 1942.

He paid his major contribution by protecting the Fundamental Rights (for the social freedom, equality and eradication of untouchability for low group people) and Directive Principles (enhancing the living status by securing the fair distribution of wealth) of State Policy in the Indian Constitution. He continued his social revolution till the end of his life through the Buddhism. He has been honored with the Bharat Ratna in the month of April in 1990 for his big contributions towards the Indian society.