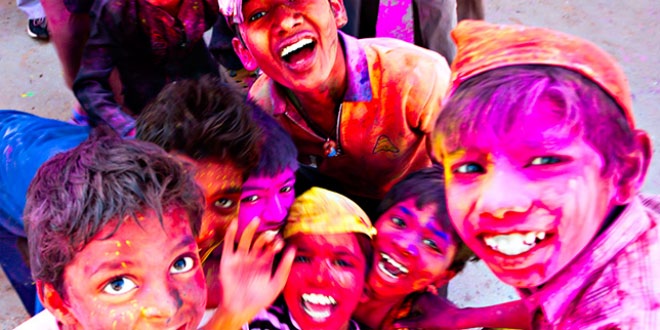 Holi, marked only with colors and love, is a festival that can be enjoyed by people of all ages. There are different aspects of Holi that different individual take into consideration. In this colorful festival, India gets into the groove of the celebration and brings about a vibrant positive attitude in the lives of all. It is important to realize the significance of Holi by yourself from the socio-cultural, religious to biological aspects. It is after knowing the exact Holi significance that one can actually cherish the celebrations in its true terms.

In the evening people visit friends and relatives and exchange gifts, sweets and greetings. This helps in revatalising relationships and strengthening emotional bonds between people.

Previous What is Legend of Holika and Prahlad?
Next What is Holi Pooja Process?