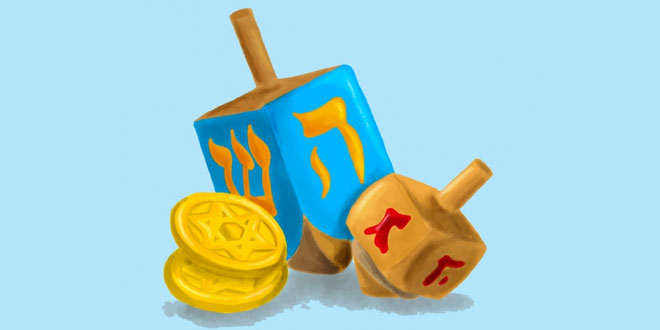 What is Dreidel? Hanukkah Children’s game

Children usually play for a pot of gelt, which are chocolate coins covered in gold colored tin foil, but they can also play for candy, nuts, raisins – anything really!

In 2009, Good Morning America published a story on Dreidel Renaissance reporting on the rising popularity of the dreidel. Dreidel games that have come out on the market since 2007 include No Limit Texas Dreidel, a cross between traditional dreidel and Texas Hold’em poker, invented by a Judaica company called ModernTribe. Other new dreidel games include Staccabees and Maccabees.