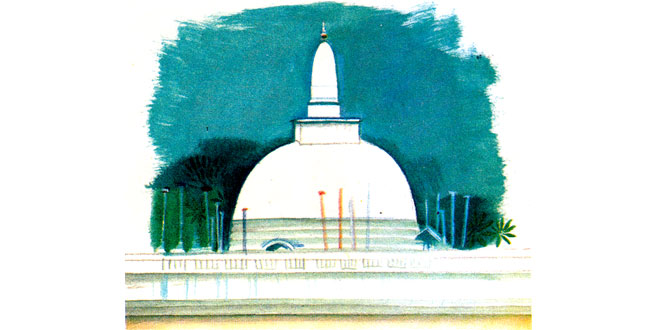 Sri Lanka has fertile coastal lowlands, but mountains and rain forests cover much of the interior. Forests cover almost one-half of the country and farmland one third. In 1980 agriculture, forestry and fishing employed 54 percent of the work-force, as compared with 14 percent in industry.

Tea is the leading cash crop, together with rubber and coconuts. Cocoa beans, cotton, rice and sugar cane are also widely grown. Cattle and poultry are reared. Sri Lanka has considerable mineral resources, including graphite, iron ore, kaolin, mica and precious stones. There are food processing, textiles and some chemical industries. Local handicrafts are also important. Coastal and river shipping are the chief means of transport, followed by road and air transport. A major railway line connects the south with the north. Via a ferry service across the Gulf of Mannar, it connects Sri Lanka with India. Tourism is increasing.