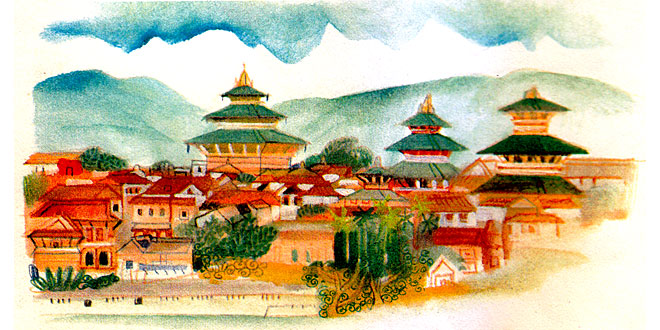 Forests cover one-third of the mountain kingdom of Nepal. They yield quality timber, such as larch and deodar (god tree). Mountain meadows provide grazing for goats, sheep and yaks, but the Himalayan peaks are capped by snow and ice. The mountain meadows contain highly varied flora, including numerous herbs used both in traditional medicine and in the manufacture of drugs.

In 1980 agriculture employed 93 percent of the work-force, as compared with 2 percent in industry. Maize, oil seeds, potatoes, rice, tobacco and wheat are grown at lower altitudes and jute is a major export. In recent times, Nepal has started a geological survey and the results so far seem promising. Some manufacturing is developing and tourism and fees levied on climbing expeditions are other sources of revenue.