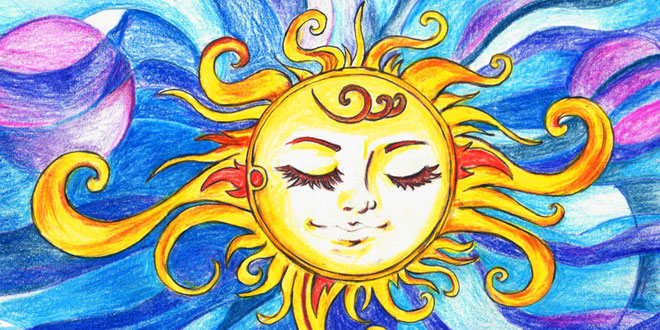 Makar Sankranti festival holds special significance in India. It is one of the important Hindu festivals, celebrated with pomp and gaiety across the length and breadth of the country, with different names and of course, by observing different rituals. The festival marks the commencement of Sun’s journey to the northern hemisphere, thereby making the days warmer and longer than the nights. In other words, Sankranti marks the culmination of winter season and beginning of harvest or spring season. All over India, Makar Sankranti is observed with great fanfare. The celebrations of Makar Sankranti in the states of Maharashtra, Andhra Pradesh, Tamil Nadu, Karnataka deserve special mention. Read on to know more about Makar Sankranti celebrations in different parts of India.

On Makar Sankranti, people in Maharashtra enjoy their first sugarcane harvest for the year. They would reap the sugarcane convert it into fresh jaggery. In fact, sweets made of jaggery are distributed during the festival, as a part of the traditions of Makar Sankranti. People exchange Til Gul (Sesame-Jaggery sweet) that is specialty of the festival. Kite flying is one of the highlights of the merrymaking, in the Marathi state. Women would wear new clothes and accessorize themselves with new bangles, to take part in the celebrations.

Makar Sankranti is a three-day festival in Andhra Pradesh. Celebrated on January 14 every year, Sankranti is preceded by Bhogi, when people follow the tradition of burning unwanted matter. Kanuma is celebrated on January 15, wherein people would worship cow. According to the legends, Lord Krishna lifted the Govardhan hill to protect the people of Gokulam on Kanuma. Kanuma is dedicated to cows, bulls and other animals. On Makar Sankranti day, people would prepare Pongali (similar to Pongal in Tamil Nadu), a dish prepared by using the recent rice harvest. The dish is offered to Sankranti Lakshmi first, and then consumed by the devotees.

People in Karnataka wear colorful dresses and visit their friends and relatives, on the festive occasion of Makar Sankranti. There is a popular tradition of exchanging pieces of sugarcane that has been harvested fresh, on Makar Sankranti. In addition to this, people exchange a mixture of fried sesame seeds, molasses, pieces of dry coconuts, fried gram and peanuts as a part of the good old tradition. On Makar Sanskranti, animals are also honored. Domestic cows and bulls are given a lavish bath, while their horns are painted with bright colors and decorated with garland, as a part of the celebrations.

Makarsankranti is a two-day festival in Gujarat. It is celebrated with great fanfare. Kite flying is one of the important traditions of Makar Sankranti in the coastal state. On the day, the sky is dotted with colorful kites of various shapes and sizes. The International Kite Festival held at Ahmedabad on January 14 coincides with the festival. There is a custom of giving gifts to relatives, on the festival. Pundits consider the day auspicious and hence, grant scholarships for their disciples to pursue further studies in various disciplines, such as astrology and philosophy.

People residing in Uttar Pradesh celebrate Makar Sankranti with religious fervor. As per the traditions, they take a ritual bath in the holy River Ganga. Thereafter, they would worship their favorite good, seeking a good harvest year after year. Donating Khichdi (a cooked mixture of rice and lentils) on Makar Sankranti is considered auspicious, and hence, a popular tradition followed in the northern state. A big fair is organized at Triveni Sangam in Allahabad, as a part of the celebrations of Makar Sankranti. This fair is known as Magha Mela. Places of pilgrimage including Haridwar and Garh Mukteshwar in Uttar Pradesh are flocked by devotees on Makar Sankranti and go there to take a holy dip in the river.