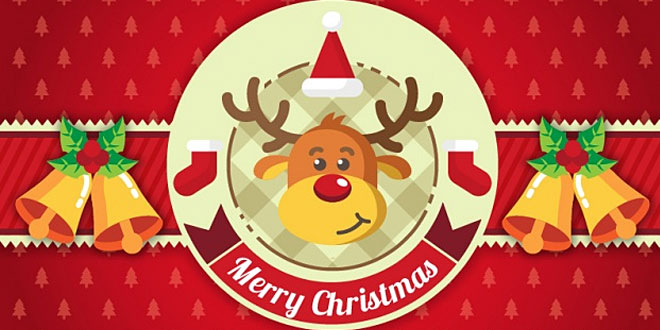 “Rudolph the red-nosed reindeer, had a very shiny nose” – this is one of the most popular Christmas carols depicting the story of Rudolph, a reindeer, whom his friends used to tease for his red nose and how he was appointed to pull Santa’s sleigh. Before we know Rudolph and his story, we should know about Bob May, the person behind this kid’s favorite because the actual story of the creator of Rudolph is also not less than any astonishing fairy-tale. Bob May’s wife, Evelyn, was a cancer patient nearing death. They had a little daughter who, on a December night, approached him with a question “Why isn’t mommy just like everybody else’s mommy?” She was wondering why her mother always stayed away from her. Bob wanted to give a Christmas gift to his daughter but his wife’s treatment had left him bankrupt. Left with not even a single cent, Bob decided to gift a story book to her and this led to the creation of the wonderful character Rudolph. Since then, the legend of Rudolph has become a prominent Christmas legend. Now, let’s read the Legend of Rudolph.

The Story Of Rudolph

Rudolph, a reindeer, was different from all other reindeer because he had a big, shiny red nose. Every other reindeer used to make fun of him and called him ‘Rudolph, the red-nosed reindeer‘. No need to say how embarrassing this was to poor Rudolph! His family also disliked him and this deepened Rudolph’s depression. He spent a lonely life with no friends and acquaintances and because other reindeer never let him play with them, he always played with snowman. One Christmas Eve, Santa got ready for his annual world tour, with his flying sleigh and eight most handsome reindeer including Dasher, Dancer, Prancer, Comet, Cupid, Donner, Blitzen and Vixen. That year, a thick fog engulfed earth, making it impossible for Santa to locate chimneys and distribute gifts. His eyes searched for help and suddenly, he spotted Rudolph with his red, shiny nose. Santa asked Rudolph whether he could help the convoy locate chimneys and distribute toys. Rudolph readily agreed and guided Santa safely to chimneys despite the bad weather, rain, fog, snow and sleet. Rudolf didn’t pull the sleigh; he guided the other reindeer who pulled Santa’s sleigh. After this incident, Rudolph became popular among his community and moved to North Pole to live with Santa, his elves and other reindeer.

Now, the story of Rudolph is one of the most popular Christmas carols all over the world. The lyrics of this carol are as mentioned below.

Rudolph, the red-nosed reindeer
had a very shiny nose.
And if you ever saw him,
you would even say it glows.

All of the other reindeer
used to laugh and call him names.
They never let poor Rudolph
join in any reindeer games.

Then one foggy Christmas Eve
Santa came to say:
“Rudolph with your nose so bright,
won’t you guide my sleigh tonight?”

Then all the reindeer loved him
as they shouted out with glee,
Rudolph the red-nosed reindeer,
you’ll go down in history!

Hope you liked the story of the little Rudolph and how he became a hero. The moral of this story is that there is great strength in every weakness; you just need to look deeper.