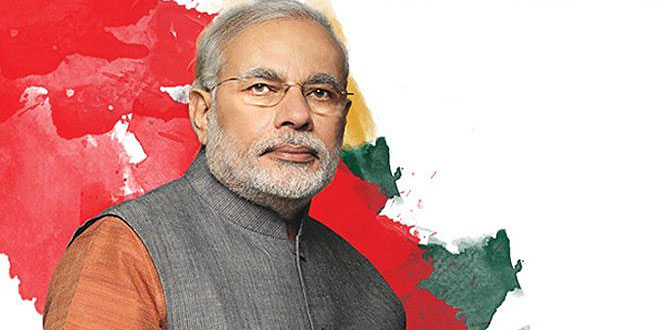 Narendra Modi will face no political setback till 2029

If astrologers have had their way, Prime Minister Narendra Modi is going to rule the country for some more years. Two famous astrologers in Kerala have predicted that there would be no alternative for Modi for some years to come. Said Chithrabhanu K. Poduval, an astrologer from Payyannur in Kannur district of the state, to media, “Modi belongs to Anuradha nakshatra or Anizham naal as we call in Malayalam. He is passing through the Sade Sati period [of 7 1/2 years, when Saturn enters the zodiac sign]. Modi’s sign is under the influence of shani [Saturn] for the next two-and-a-half years. Some horoscopes are desirable for Sade Sati. His is one among them. There was a Rahu Antardasha of the moon in his horoscope when he became the prime minister in 2014. It is Rahu [one of the nine planets in Vedic astrology] that gives Modi the intelligence and popularity. His charisma is completely controlled by Rahu.”

Astrologers predict no improvement in Rahul’s political career till 2024

Poduval said Modi is sure to come back to power in 2019. “In fact, there will not be any political setback for Modi till 2029. He will rule with his energy and his social acceptance will only get better in the years to come,” he said. But the year 2024 could see Modi grapple with health and other issues. “I foresee some kind of non-political trouble for Modi in 2024. His enemies are baying for his blood. He could be physically attacked in 2024. There are so many people who are jealous of him. Modi needs to watch out during 2024,” said Poduval.

“Modi’s enemies are baying for his blood. He could be physically attacked in 2024”

Renowned astrologer Kanippayyur Narayanan Namboodiripad said Modi is passing through a tough phase now. “It will end around October 2018. He cannot take things lightly now. His over-confidence, at times, is harming him,” he said to media. Namboodiripad said Modi will come back to power in 2019. “His horoscope indicates that he will become the prime minister in 2019. But the seats the BJP will get will be a tad less this time. Modi should offer prayers to female deities more than male deities as it will help him cross hurdles.”

Modi was born on September 17, 1950, in Vadnagar in Gujarat. He was the third of the six children born to Damodardas and Hiraben Modi. Modi’s zodiac sign is Virgo. Famous Virgoans in India include actors Akshay Kumar and Kareena Kapoor, cricketer R. Ashwin and Congress leader Sachin Pilot. “Virgoans are known for their terrific memory and are the best people to keep your secrets. They are excellent organizers,” said astrologer K.K. Vamanan Nampoothiri.

Poduval has some advice for Congress vice president Rahul Gandhi: ‘Get hitched!’ “For Rahul, it is not a good period till August 2019. The 2019 elections are not in his favor. Till 2024, there will not be any improvement in Rahul’s political career. But, according to his horoscope, there would be a change in his career after his marriage. Basically it means he will do well after marriage,” said Poduval.

I don’t believe in astrology, reacted former Union minister and Congress leader M. Veerappa Moily, to media. “Anti-incumbency has already commenced. The popularity of the Modi government is going down each passing day. Take it from me, the BJP is going to lose badly in 2019.”

Previous Chakravarti Rajagopalachari Biography for Kids
Next Christmas Around The World: Christian Culture