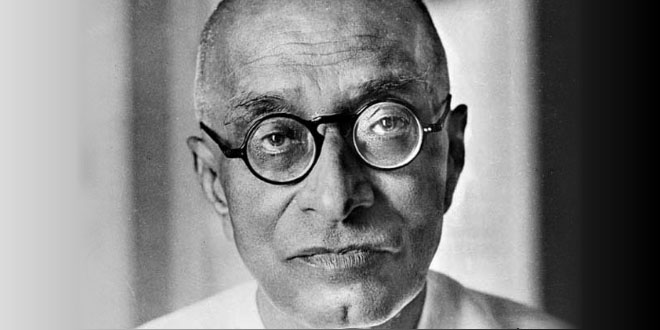 Achievements – He was a very well-known lawyer, writer and statesman of India during the independence struggle. A prominent figure in the Indian National Congress, he was elected the second governor-general of India after its independence. Following this, Rajaji was made the chief minister of the Indian state of Madras.

Chakravarti Rajagopalachari, who was more popular as Rajaji or C. Rajagopalachari, was a well-very known lawyer, writer and statesman of India. He was elected the second governor-general of India after its independence and following this, Rajaji was made the chief minister of the Indian state of Madras. Read on about the biography of C. Rajagopalachari, whose interest in politics started at inception of the 1900s. He was hugely impressed on meeting Congress extremist, Bal Gangadhar Tilak and even struck a good kinship with his follower, V. O. Chidambaram Pillai.

After Mahatma Gandhi returned from South Africa in 1919, Rajaji made up his mind to follow him. C. Rajagopalachari was appointed the general-secretary of the Congress in 1921 and thus, got opportunity to gain acquaintance with other leaders like Jawaharlal Nehru, Vallabhbhai Patel, Maulana Azad, Rajendra Prasad et al. Rajaji steadily rose in rank and even came to be regarded as Gandhiji’s successor. He shared close kinship with Jawaharlal Nehru and Sardar Patel too, despite the difference in their viewpoints. Rajaji developed differences with Nehru later, but still both respected one another tremendously.

Being among the five most important leaders in the Indian National Congress, C. Rajagopalachari played a pivotal role in the life history of this party. Rajaji was the member of its Working Committee from 1919 to 1942 and then again from time period 1950 to 1955. Though Rajaji was active in Congress for about half a century, he was not elected its president even once. In the year 1932, however, he was chosen as the acting president of the Congress and played crucial role in formulating the Poona Pact with Ambedkar. Later when he was asked by Gandhiji and Nehru to head the Congress a couple of times, he refused.

Possibly, Rajaji was amongst the initial Congress leaders during 1940s to accept the right of Muslims to self-determination. He even worked out a solution by which there could be common defense and communications between the two nations. But this idea was discarded by Ali Jinnah and also some Congress leaders. Rajaji was always known to be a staunch protector of his political principles and never hesitated to disagree with his closest allies even in front of the public.

Previous Chanukah in the shadow of the inquisition: Chanukah Stories
Next Narendra Modi will face no political setback till 2029