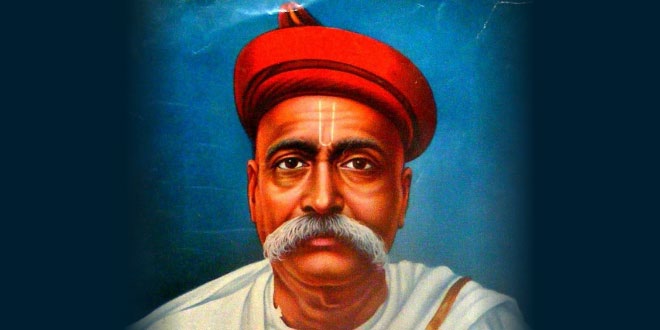 Bal Gangadhar Tilak was the father of Indian nationalism. He imbued the Indian people with patriotic fervour. He gave the famous slogan – “Swaraj is my birth right and I shall have it“. He made congress a mass movement. He brought politics out of the drawing rooms of the intellectuals. He did not consider educated few to be his audience. He addressed his spoken as well as written word to the Indian masses. He knew fully well the fact that once the teeming millions were awakened of the slavish slumber, it would be difficult for the foreign master to rule over India. In this Tilak was a little ahead of his times.

Bal Gangadhar Tilak was a born revolutionary. He is rightly called the father of political unrest in India. He gave new meaning to politics. For him politics meant suffering and sacrifice. And for this, by common consent, he was given the epithet – ‘Lokmanaya’ – respected by all. He made people patriotic and fearless. In the first decade of the present century his popularity touched its zenith and he was probably the tallest man then living in India.

Bal Gangadhar Tilak was born at Ratnagiri on the Konkan Coast on July 23, 1856. He was a Chitpavan Brahman – a sect which was de facto ruler of the Maratha kingdom. He was brought up in the strictly orthodox Brahman traditions. His father was a primary schools teacher drawing a meager salary of 10 per month. Later on he rose to be an inspector of primary schools. He was a great scholar of Sanskrit and Mathematics. Tilak also imbibed love for these subjects from his father. Tilak passed matriculation examination at the age of 16 from Poona High School and he was married soon after he passed his matriculation. His father died a few months before his marriage. He joined Deccan college, Poona for higher education. During his college days he held orthodox views and expressed them in an out-spoken manner so much so that his friends even nicknamed him “Blunt”. He had around him a number of friends who later on rose to eminence. He passed his graduation in 1877 and got his law degree two years later. Instead of trying for a well paid government job, he decided to dedicate his life to service.

He was convinced about the dire need of private institutions in the fields of education. He often discussed this point with his friends and they all agreed that self-sacrifice was the only means for attaining their goal. In his own words, “We were men with our brains in a fever heat with the thoughts of the degraded condition of our country and after long agitation we had formed the opinion that the salvation of our motherland was to be found in education alone”. Thus education was the field which he chose for his future activity along with his two friends – Agarkas and Chiplunkar. They opened the New English School at Poona, which became very popular and attracted a large number of students because of its reputation of self-sacrificing and devoted staff. 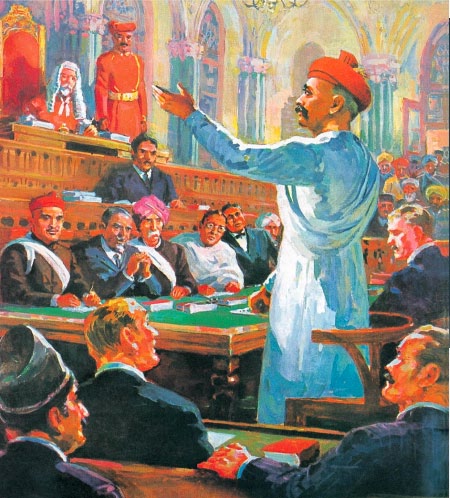 Tilak also started two weeklies the ‘Maratha’ in English and the ‘Kesari’ (lion) in Marathi in 1881. Through these periodicals Tilak aimed at mass education and national awakening. Like the educational institution he opened these weeklies also became very popular. He gave vent to his nationalistic views very fearlessly and struck at any wrong or abuse. He raised his voice against the ‘Age of Consent Bill’. He opposed the idea of government to interfere in the social life of the people. He was also instrumental in establishing the Deccan Education Society in 1885.

Tilak was proud of India’s past and cultural heritage. He wanted Indians to appreciate their glorious past. He re-organized the Ganpati and the Shivaji festivals to boost the moral dignity and self-esteem of the people. He wanted Indian youth to inculcate sense of patriotism, courage and discipline.

Tilak fiercely opposed the partition of Bengal in 1905. He popularized the concept of Swadeshi and Swaraj. Bipan Chander Pal and Lala Lajpat Rai also joined Tilak to educate people against the partition of Bengal. They galvanized Indian masses and instilled in them yearning for liberty. Tilak was charged for anti-government activities and was sentenced to six years rigorous imprisonment and sent to Mandalay. The people resented it and riots broke out and lasted for six days at different places.

After his jail term, Tilak started Home Rule Movement, which played a memorable role in the political life of the country. He visited England in 1918 as a delegate of the Home Rule League. The end came to this scholar, educator, journalist and a remarkable leader on August 1, 1920. The entire country was plunged into grief. Gandhiji said about him “He had dedicated his wonderful talents to the country. No man preached the gospel of Swaraj with the consistency and insistence of the Lokmanya. His countrymen, therefore, implicity believed in him. He will go down to the generations yet unborn as a maker of modern India”. No doubt the generations to come will remember him as one whose supreme concern was the nation and its unbuilding and who suffered and sacrificed for it.