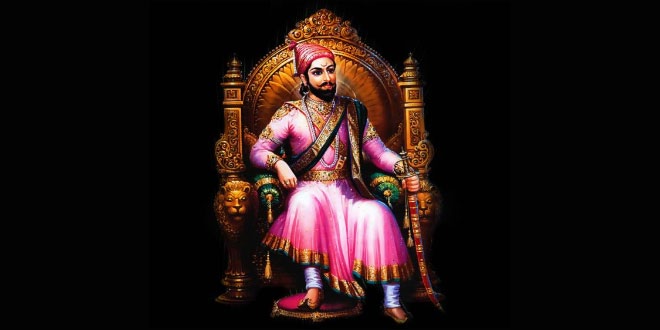 Shivaji Jayanti is celebrated on 19th February. Shivaji Jayanti or the birthday of Shivaji Maharaj is celebrated on a majestic scale in Maharashtra. Shivaji was born on 19th February, 1627. His parents Jijabai and Shahaji Bhonsle named him Shivaji after local Goddess Shivai. Shivaji was the creator of the Maratha nation. He was instrumental in uniting the Maratha chiefs of Mayal, Konkan and Desh regions. His military and civil administration was of greatest importance. He was successful in carving out a small kingdom by defeating the alien powers. Chatrapati Shivaji is a hero not only for the people of Maharashtra but for those of India as well.

On the occasion of Shivaji Jayanti several processions are taken out and people dress up like Shivaji and his associates. The birthday is celebrated on a huge scale and various programmes remembering the achievements of the great ruler are organized.

Shivaji was born on 19th February, 1627, in Shivneri Fort, 60 kms north of Pune. He was named after the local Goddess Shivai, to whom his mother prayed for a son. His father Shahaji Bhosle was the chief of the kingdom of Bijapur. He was however, not allowed to take charge of any fort. His mother had a great influence on him as he was introduced to Indian epics of Mahabharata, Ramayana and other holy books by her. Shivaji also gained a lot of knowledge from his father’s unsuccessful attempts to gain power. He was inspired by his father military tactics, peacetime diplomacy and also possessed knowledge of Sanskrit and Hindu scriptures.

Shivaji grew into a fearless military leader with training from commanders like Gomaji Naik and Baji Pasalkar. Young Shivaji was motivated, enthusiastic and energetic. In his early days he was successful in inspiring local youths to follow his idealistic pursuits. At the age of 17, he attacked and captured Torna Fort of Bijapur and by 1647 he took control of Kondana and Raigad Forts. The Western Ghats along the Konkan Coast were also under his control by 1654.

In order to sabotage Shivaji’s rise to power, Adilshah arrested Shahji, his father by deceitful means and had armies sent against Shivaji and his elder brother Sambaji. To suppress Shivaji’s control of the Bijapur kingdom, Afzal Khan was sent to destroy Shivaji. However, with his cunning means, Shivaji successfully stabbed Afzal Khan. Eventually Bijapur’s armies were routed in the famous Battle of Pratapgarh in 1659 and Shivaji turned into a hero of the Marathas. Now, under the confident leadership of Shivaji, the Marthas successfully pushed back the Mughals and the Sultanate kingdoms from his homeland.

The Mughals also fought against Shivaji led by Shaista Khan under Aurangazeb. However, Shivaji lost many men against a well trained and disciplined Mughal army. Shivaji felt the need of finance to maintain an army and decided to loot the Mughal city of Surat. The Mughal emperor then sent Jai Singh to defeat Shivaji. After a few skirmishes, he thought it wise to accept the emperor’s sovereignty. But he was soon placed under house arrest in Agra. Using tact and intelligence, Shivaji successfully escaped from Agra and hid in his homeland and kept a low profile for some time. Shivaji gradually rebuild his empire and within six months was able to recover much of his lost ground.

Shivaji extended his empire further south to Tamil Nadu and Karnataka. In order to regain one of his forts, Kondana, he appointed his most trusted general Tanaji Malusare. The battle that followed between the Marathas and the Mughals came to be known as the Maratha war of Independence where the Marathas were successful in regaining the control of the fort.

Shivaji was formally coronated Chhatrapati in 1674 in Raigad fort and henceforth came to be known as Chhatrapati Shivaji. Shivaji died in 1680 but not before leaving an indelible mark on the history pages. He laid the foundation of a Hindu empire which lasted for over two centuries. Shivaji has been a source of inspiration and pride for generations for his courage and military acumen.