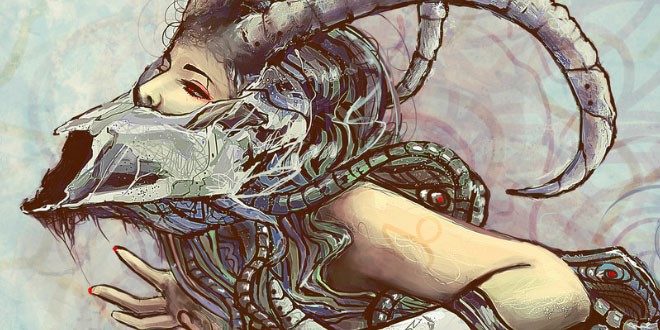 Capricorn Monthly Horoscope: Capricorn is the tenth astrological sign in the zodiac, originating from the constellation of Capricornus. It spans the 270–300th degree of the zodiac, corresponding to celestial longitude. Capricorn is ruled by the planet Saturn. Under the tropical zodiac, the sun transits this area from December 22 to January 20 each year, and under the sidereal zodiac, the sun currently transits the constellation of Capricorn from approximately January 14 to February 14. In astrology, Capricorn is considered an earth sign, introvert sign, a power sign and one of the four cardinal signs. It is also tagged as the most ambitious starsign. Its symbol is based on the Sumerian primordial god of wisdom and waters, Enki with the head and upper body of a mountain goat, and the lower body and tail of a fish. Later known as Ea in Akkadian and Babylonian mythology, Enki was the god of intelligence (gestú, literally “ear”), creation, crafts; magic; water, seawater and lakewater (a, aba, ab).

The mountain goat part of the symbol depicts ambition, intelligence, curiosity but also steadiness, and ability to thrive in inhospitable environments while the fish represents passion, spirituality, intuition, connection with soul. Individuals born between December 22 to January 20 may be called Capricornian.

The sun is in your self-disciplined sign to start the month, so you’re basically kicking some butt as the new year begins. Projects that are in their final phase should start to get a lot of attention now, mainly for the work you did on them. Soon, you’re sure to reach the level of success you’ve always dreamed of.

Communicative Mercury conjoins your ruler Saturn on January 9, amping up your level of critical thinking. You’re an excellent decision-maker now, which should help you come to some much-needed conclusions in various areas of your life. If you’ve felt scattered lately, this is the time to start picking up the pieces and putting them in place.

A new moon in your ambitious sign on the thirteenth is a good time to take a look at the mountain ahead of you and decide which route you want to take to climb it. There’s no doubt that you’ll be in for some challenges for the rest of the month, but this lunation is optimistic about your ability to succeed.

The sun has entered free-thinking Aquarius by the time it conjoins Saturn on January 23, which could frazzle you a little bit. You were used to doing things one way, but now you have to get used to doing them another way. It’s not worse. It’s just different. Embrace the weirdness that you’re bound to encounter during this brief aspect.