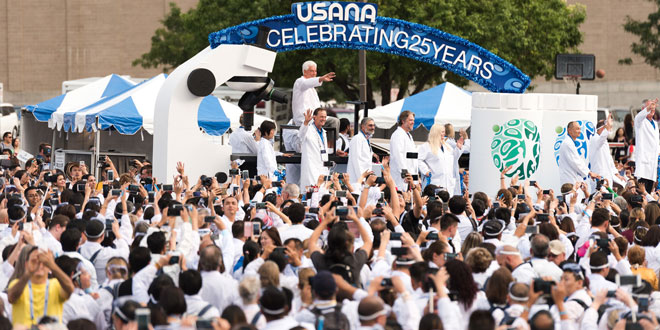 The Guinness World Records world record for the most people dressed as superheroes was achieved by 1,580 participants in an event organised by Paramount Studios to promote the Dreamworks movie ‘Megamind’ starring Will Ferrell, Brad Pitt and Tina Fey in Los Angeles, California, USA on 2 October 2010.

Guinness World Records also recognized the world record for the largest gathering of people dressed as nurses; it is 691 and was achieved by Dubai Health Authority (UAE) in Dubai, UAE, on 24 January 2014.

“USANA is celebrating a large milestone this year and we thought, what better way to celebrate than by attempting to break a GUINNESS WORLD RECORDS title,” said Dan Macuga, USANA’s chief communications and marketing officer.

“This company was built on groundbreaking science and industry-leading technology, so breaking the GUINNESS WORLD RECORDS title of the ‘largest gathering of people dressed as scientists’ is a perfect way to pay homage to USANA’s 25 years in science and its founder, Dr. Myron Wentz.”

To break the Guinness World Records world record that was previously set by Stivichall Primary School and friends in Coventry, United Kingdom on July 9, 2016, USANA needed more than 489 people to dress as scientists – wearing a white lab coat, goggles, and test tube or beaker – in an organized space for five-minutes.