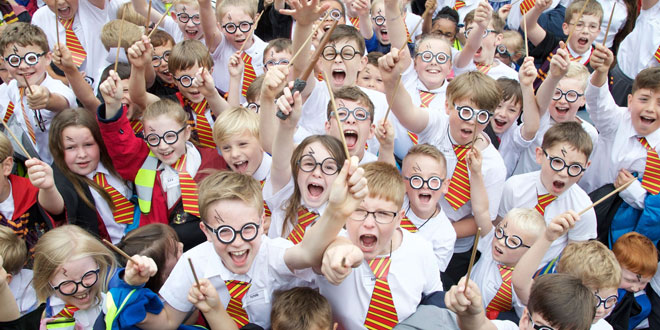 Photo: West Byford Primary School smashed the Guinness world record for the most people dressed as the popular book character in one place, with 997 students, staff and parents filing on to the school oval while clutching their wands.

Acting principal Brian Abbey said librarians Christine Matalex and Julie Rose came up with the idea after 676 children set the record in England in June to mark 20 years since the release of JK Rowling’s book Harry Potter and the Philosopher’s Stone, The West Australian reports.

“The uniqueness of a student being able to say they’ve broken a world record is a once in a lifetime experience,” Mr Abbey said. “But our primary motivator is to get kids to love and be immersed in literature.”

To qualify students had to wear a white shirt, black pants, spectacles, cloak and Gryffindor tie, carry a wand and have a scar on their forehead.