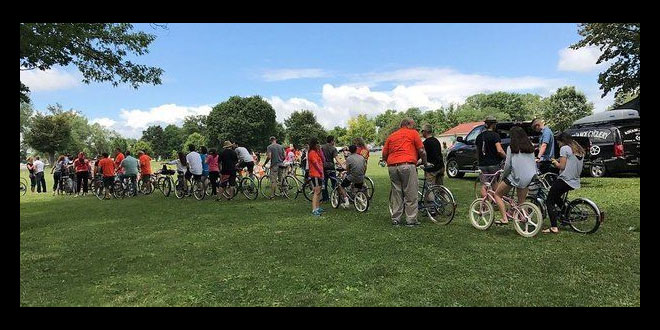 Guinness World Records also recognized the world record for the most participants in a cycling event; it is 48,615 for Udine Pedala 2000 organised by Rolo Banca 1473 at Udine, Italy on 11 June 2000.

The previous world record was 150 bicycles.

Classic bike enthusiasts came from as far away as Florida for the ride. The bikes must be at least 30 years old to qualify for the record, but many of the bikes in the ride dated back to the 1940s and 1930s.

The oldest bike in the ride was a 1923 Chicago Welding Sunracer, Syracuse.com reports.

“People went to have a good time, but to be part of history made it that much more awesome,” said organizer Ray Panek.