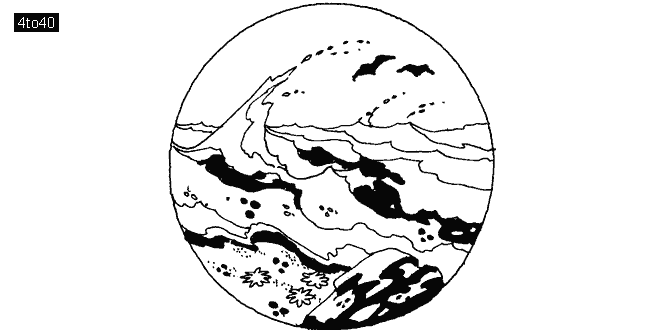 The Song of The River: All about a river

The Song of The River: It was summer time in the high valley. Ghungroo drew a deep breath. The bells on her ankles tinkled as she tossed back her wavy tresses…and trickled out of the melting snows of the great mountains.

The Song of The River: Nita Berry

It was no wonder really that the little river was called Ghungroo, for she was always on her toes. Gay and eager to find her way into the big world, she skipped lightly over the mighty mountain boulders and hummed to herself,

“The sun in my strands, on my lips a song,
Over craggy tops I hurry along.”

The tall chinars rustled as she sped past, bowing a farewell.

“Look out for the big rock ahead,” the cold wind whistled in her ears.

Gurgling in glee, little Ghungroo splashed over the big, slippery rock and slid down as a waterfall.

She hurried her steps, cutting a narrow path for herself down the steep and stony mountainside.

“Wait for us, Ghungroo… do wait! We are coming with you, too!” cried the big and small boulders that lay in her way.

“Come along then. I can’t wait. We have a long, long way to go!” she gaily sang out. And swiftly she carried them all along, for she was young and very strong. Together they gushed out into the sun-drenched wide valley below the high mountains.

This was the first time Ghungroo had left her secluded home in the high valley, and her constant companions, the silent pines and chinars. For a moment she left a tug at her heart as the snowy peaks she loved so well faded from sight. But putting away all memories and never looking back, she surged out into the green pastures with wild flowers that beckoned. The pebbles and boulders that she carried burst lustily into song with her,

“Mongst meadows and dales we sparkle along,
To birds and beasts we sing our song.”

And rippling with delight, Ghungroo flowed down the gentle slopes, sometimes stretching to gaze as apple trees that mellowed in the sun, sometimes to wave out to a golden angle high above.

Ghungroo was breathless and tied from the swift journey down the mountains. She now slowed her steps, pausing to look around at the wide plains where cattle grazed lazily. Her legs and arms ached. She could not longer carry all the rocks along.

“I am afraid I will have to leave to behind,” she said sadly to the bigger boulders, “for I am no longer so young and strong.” And indeed she was becoming older now. She was losing her slim figure and becoming wider around the midriff. Her pace too was slackening.

The big rocks did not mind being left behind at all. In their rapid descent downstream they had dumped and bruised themselves on the valley floor and were rather cross. Besides, there was the warm sun to bask in and little children to stare as at they romped busily on the wet send.

But the smaller pebbles and sandy bits that had come with her down the mountains begged, “Oh, Ghungroo, take us with you. Don’t leave us behind. We do also want to see the blue sea!” For, during the long journey, Ghungroo had often regaled them with stories she heard of the wonderful sea that was bigger than they could imagine. So they stayed together and cut a zigzag path across the flat plains.

Ghungroo was now an old woman. The high tinkle of her bells had deepened. Her wavy tresses were smooth and streaked with silver. And she had grown wide and heavy. She rambled past towns and bathing ghats, where her waters turned murky and unclean. Little sailing boats and rafts plied up and down in her gentle waters. Fishermen sat endlessly on her wide banks. Occasionally, a bare youngster would dive fearlessly into her calm depths…

It seemed to get even harder to move now. How she ached and moaned over every weary step. The little pebbles she carried had long been ground into fine silt, but even this was too heavy for her feeble arms. Little by little it sank heavily to the ground. Ghungroo groaned, for she did not have the strength to move over the mounds the silt created. Reluctantly her waters split into small branches…

In the distance gleamed the blue sea, bigger than she had ever imagined, beckoning and welcoming. Her spirits soared. She smiled with a barely audible whisper,

“Home to the ocean, for that is where I belong,
The bells on my ankles echo a last song…”

As her waters merged with ocean, she closed her eyes. She had reached her final destination. 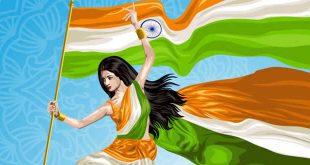 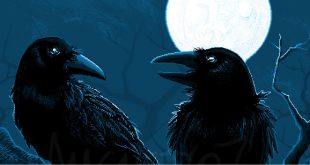 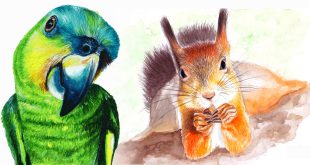 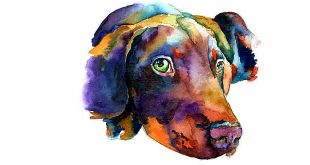 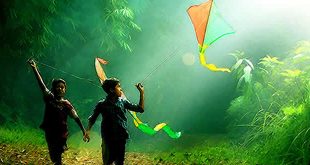