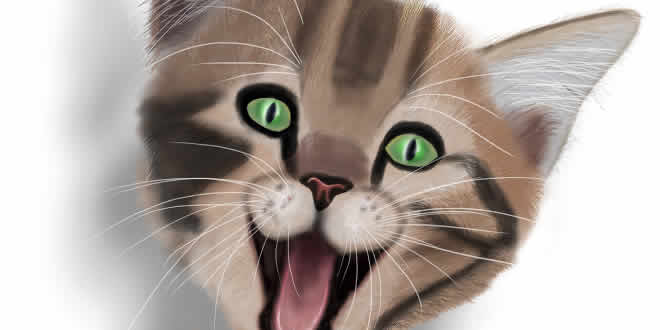 Simile was an effervescent little cat who enjoyed laughing and giggling. She even laughed through her own troubles and did not need any company to ease her pain.

On a Sunday morning, while she was going to market, Whitey cat met her on the way. She admired Smile’s red hat and asked if she could spare that hat for her.

Simile replied – “of course, I wish, I could have, if it were not for my injured head that would look so ugly without this hat.

With these words, Simile removed her hat and revealed a sharp cut near her right ear.

Whitey exclaimed – “Oh! My My… what happened to you?”

Smiley replied with a faint smile – “I was chased by Moti dog and had to jump from the roof.”

She politely nodded and moved away.

Whitey who was very impressed, narrated this incident to her friends.

Most of them applauded Smiley but a few of them felt very jealous of her and decided on a wicked plan.

They wanted to see Smiley cry at least once.

After an elaborate planning, they decided to organize a fancy dress competition.

They chose the role of an injured patient for Smiley.

They invited Smiley and shared their idea.

Dingy cat explained, “You have to appear as an injured patient with your body wrapped all over in white bandages.”

Blacky cat further added – “You have to act accordingly.”

Smiley was startled to hear this.

She did not like the idea but she did not utter anything except nodding.

All the cats were extremely delighted. They waited impatiently for the day when they could see Smiley wailing in pain.

Finally the day of reckoning arrived.

One after the other the contestants performed with best of their capabilities.

All eyes were waiting for Smile’s performance.

wrapped in white bandages from head to toe, Simile walked onto the stage, limping and puffing.

“She is doing great” Whitey cried with joy.

Some disgruntled voices from the audience disapproved of her laughter.

One of them shouted – “This is against the rule. You have to act according to the role. How can an injured cat laugh like this.”

“Because after accident I am having problem with my brain. Whenever I feel pain I start laughing…” Smiley replied
and before her sentence could complete, the entire echoed with laughter. 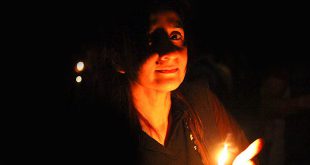