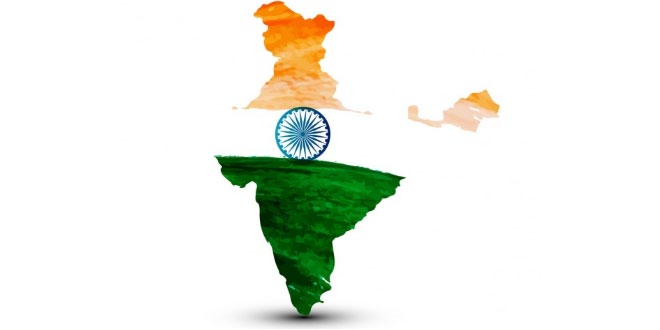 India Quiz: General Knowledge Quiz For Students And Children – 30 India General Knowledge Quiz Questions with Answers – 4to40.com created a set of general knowledge quiz to engage and enlighten young Indians. This quiz – India Quiz – will challenge users of all age groups to better understand India, its government and its heritage.
Get Started!

India, officially the Republic of India, is a country in South Asia. It is the seventh-largest country by area, the second-most populous country (with over 1.2 billion people), and the most populous democracy in the world. It is bounded by the Indian Ocean on the south, the Arabian Sea on the southwest, and the Bay of Bengal on the southeast. It shares land borders with Pakistan to the west; China, Nepal, and Bhutan to the northeast; and Myanmar (Burma) and Bangladesh to the east. In the Indian Ocean, India is in the vicinity of Sri Lanka and the Maldives. India’s Andaman and Nicobar Islands share a maritime border with Thailand and Indonesia.

The conquest of India, which could be said to have begun with the Battle of Plassey (1757), was practically completed by the end of Dalhousie’s tenure in 1856. It had been by no means a smooth affair as the simmering discontent of the people manifested itself in many localized revolt during this period. However, the Mutiny of 1857, which began with a revolt of the military soldiers at Meerut, soon became widespread and posed a grave challenge to the British rule. Even though the British succeeded in crushing it within a year, it was certainly a popular revolt in which the Indian rulers, the masses and the militia participated so enthusiastically that it came to be regarded as the First War of Indian Independence.

Introduction of zamindari system by the British, where the peasants were ruined through exorbitant charges made from them by the new class of landlords. The craftsmen were destroyed by the influx of the British manufactured goods. The religion and the caste system which formed the firm foundation of the traditional Indian society was endangered by the British administration. The Indian soldiers as well as people in administration could not rise in hierarchy as the senior jobs were reserved for the Europeans. Thus, there was all-round discontent and disgust against the British rule, which burst out in a revolt by the ‘sepoys’ at Meerut whose religious sentiments were offended when they were given new cartridges greased with cow and pig fat, whose covering had to be stripped out by biting with the mouth before using them in rifles. The Hindu as well as the Muslim soldiers, who refused to use such cartridges, were arrested which resulted in a revolt by their fellow soldiers on May 9, 1857.

The rebel forces soon captured Delhi and the revolt spread to a wider area and there was uprising in almost all parts of the country. The most ferocious battles were fought in Delhi, Awadh, Rohilkhand, Bundelkhand, Allahabad, Agra, Meerut and western Bihar. The rebellious forces under the commands of Kanwar Singh in Bihar and Bakht Khan in Delhi gave a stunning blow to the British. In Kanpur, Nana Sahib was proclaimed as the Peshwa and the brave leader Tantya Tope led his troops. Rani Lakshmi Bai was proclaimed the ruler of Jhansi who led her troops in the heroic battles with the British. The Hindus, the Muslims, the Sikhs and all the other brave sons of India fought shoulder to shoulder to throw out the British. The revolt was controlled by the British within one year, it began from Meerut on 10 May 1857 and ended in Gwalior on 20 June 1858.