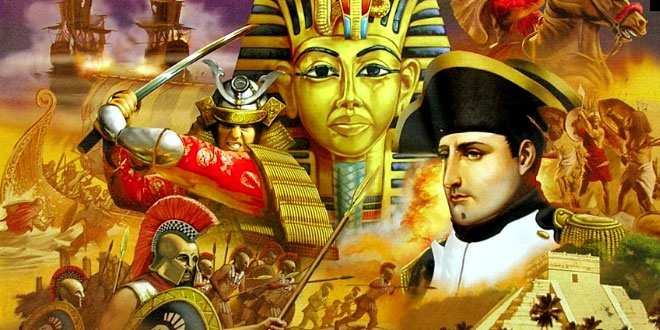 World History Quiz: How much do you really know about the past? Take these history quizzes to test your knowledge of history.
Get Started!

World history or global history as a field of historical study examines history from a global perspective. It emerged centuries ago; leading practitioners have included Voltaire (1694-1778), Hegel (1770-1831), Karl Marx (1818-1883) and Arnold J. Toynbee (1889-1975). The field became much more active (in terms of university teaching, text books, scholarly journals, and academic associations) in the late 20th century. It is not to be confused with comparative history, which, like world history, deals with the history of multiple cultures and nations, but does not do so on a global scale. World history looks for common patterns that emerge across all cultures. World historians use a thematic approach, with two major focal points: integration (how processes of world history have drawn people of the world together) and difference (how patterns of world history reveal the diversity of the human experience).

The world is a huge place, and humans have been around for a long time. To understand the present, you have to know something about early world history.

The world is a huge place, and it’s been spinning for a long, long time. That’s why world history is such a massive subject. It’s daunting for anyone to try to study and understand world history, especially if you’re starting from scratch.

Having amassed millions of student- and educator-created flashcards for history classes of all types, we has identified the most important must-know early world history facts that we think any culturally-literate person should have. Even if you’re not a historian, understanding this stuff helps make sense of the world we live in.

Note: there’s so much that we could include in “World History” facts, so we’ve had to narrow it down a bit. Here, we’re focusing especially on ancient civilizations from around the world.

1.The origin of the human species: World History Quiz

As far as science can tell, the evolutionary chain leading to human beings evolved from primates between roughly ten and two million years ago in what is now Africa. Modern human remains that are around 300,000 years old have been found in Africa, as have tools that were used by human ancestors even before that.

Early humans in Africa are thought to have descended from treetops due to climactic changes that led to diminishing forest cover in favor of grasslands across the continent. It’s believed that early humans in Africa lived in small groups, moving nomadically across the landscape and hunting for sustenance. Not much else is known about their lifestyle, as their technologies—except those using stone and bone—were biodegradable.

3.Humanity spreads around the world

It’s estimated that humans began expanding out of Africa around 200,000 years ago, spreading into the Middle East, Europe, Southeast Asia, and around the world. The science behind these migrations isn’t set in stone, but we do know it happened over the course of thousands of years. Studies of mitochondrial DNA have led to some understanding of the paths of these migrations.

Not much is firmly known about paleolithic life, especially as no communities of this time are known to have used writing (although wall art was commonplace). However, it’s believed that humans lived in small, mostly nomadic bands that led simple, egalitarian lives of hunting and gathering.

The Paleolithic period (roughly 2.6 million years ago to 12,000 years ago) makes up more than 90% of our existence as a species; what is known is a fascinating glimpse into “human nature” and the changes wrought by the advent of civilization. Burials with household goods have been discovered, suggesting that Paleolithic peoples may have believed in the afterlife.

Most history education puts a big emphasis on the technological developments of later ages, but it can be equally interesting to study stone-age technologies, such as methods of making friction fire, stone blades, clothing, etc. While these methods are often characterized as primitive, a more keen eye sees these technologies as what they are: exquisitely adapted survival techniques that fit into a given landscape. Arguably the most important development was humankind’s mastery of fire, which dates back to some 100,000 to 400,000 years ago.

It’s believed that agriculture began around 12,000 years ago (during the Mesolithic period) in two places: the Middle East and Asia. By farming crops, human societies began to become increasingly village- and city-based, rather than nomadic. This led to an increasing stratification of societies, enabled large population growth for the first time, and had big impacts on deforestation. Civilizations came to be (and still are) defined by agriculture, cities or large settlements, advanced technologies, and centralized governance (often kingship).

The first known empire was that of Sumeria, which began around 5,000 years ago in what is now southeastern Iraq, along the banks of the Tigris and Euphrates Rivers. Within about 1,000 years, the civilization included at least 12 walled cities surrounded by agricultural regions. As far as we know, Sumeria was the first society to develop a form of writing (cuneiform) and the first society ruled by a king.

After Sumeria came a long succession of Mesopotamian civilizations that vied against one another in near-constant warfare. By around 4,300 years ago, the Akkadian Empire was in ascendance and militarily expanding to the west and southeast. Other important early civilizations of this region include Elam, Amorite, Babylon, Hittite, Assyrian, and others. These cultures had a foundational impact on the cultural development of Eurasia as a whole.

China has been occupied by human ancestors for more than a million years. The earliest known Chinese civilization is the Xia dynasty, which ruled from around 2100 B.C. and lasted approximately 500 years. Xia was succeeded by the Shang dynasty, which is supported by more archaeological evidence. During this period, which lasted 600 years, some 31 kings reigned. Other Chinese civilizations include the Zhou dynasty, the Han dynasty, and the Qin dynasty—the period during which construction of the Great Wall of China began.

We’re all probably more familiar with the Ancient Egyptian civilization than with others on this list. Ancient Egypt (lasting roughly from 3200 B.C. to 330 B.C.) was built around agriculture on the floodplains of the Nile River, which provided a steady supply of food. Known largely for the Great Pyramids of Giza and other monumental architecture, Egyptian society was also characterized by a high level of social stratification (including slavery), warfare, and a highly developed writing system (hieroglyphics).

The earliest civilization in the Americas was the Norte Chico civilization, in what is now Peru. It rose around the 30th century B.C. Later civilizations include the well-known Inca, Maya, and Aztecs, as well as dozens of other societies such as the Chimu, Olmec, Toltec, and Aymara. Some of these societies naturally declined and were replaced, while the later civilizations were displaced and conquered by conquistadors and colonists from Europe.

Most of us don’t learn too much African history in school, but we should! Some of the most important societies in African history include the Carthaginian, Numidian, Punt, Nok, and D’mt. Many advancements in mathematics, science, and art came from these societies. The legacy and achievements of African civilizations have largely been overshadowed by the effects of European colonization, which dismantled the more recent African civilizations.

One of the smaller ancient civilizations, Greece has exerted an influence out of proportion to its size on the development of western civilization. This is largely due to the intellectual accomplishments of Greek philosophers, who laid the foundation for much of modern science and governance, as well as art, mathematics, poetry, and more. Ancient Greece flourished from around 800 B.C. to 146 B.C., when the Romans began their period of domination in Greece.

The Roman Republic rose around 500 B.C. and lasted for about 500 years, after which the Roman Empire was established. At its height, the Roman Empire stretched across the entire Mediterranean region, laying claims from Spain to the Red Sea and from Britain to Iraq. As such, the Roman culture that originated in central Italy played a huge role in the development of European and western civilization as a whole in realms such as religion, law, architecture, warfare, language, and more.

The Roman Empire began to collapse in the early centuries of the 1st millennium A.D. As part of this decline, the empire split into two parts: Eastern and Western. The Eastern Roman Empire came to be known as Byzantine, after the capital city (now known as Istanbul). The Byzantine Empire eventually extended across much of the eastern Mediterranean, and had as many as 12 million citizens. It suffered a long decline, finally falling in 1453 to the Ottoman Empire.

Originally founded in the 6th century B.C. by Cyrus The Great, the Persian Empire stretched across much of the Middle East, from modern-day Turkey to Tajikistan and Yemen. The Persian Empire was somewhat disjointed within itself, and included three main dynasties: the Achaemenid, the Parthian, and the Sasanian. The cultural influence of these empires, particularly on Islamic culture, cannot be overstated.

Around the year 1206, Genghis Khan was raised as the leader of all the Mongols—a pastoral people who relied on horses on the vast steppes of Central Asia. The Khan then began a series of highly effective conquests which led through Asia, Siberia, China, Iran, Arabia, and Eastern and Central Europe. At its height in the mid-1200s, the Mongol empire was the largest contiguous empire in history (only exceeded by the British colonial empire). At that time, the Mongols controlled more than 25% of the total world population.

Between around 800 A.D. and the mid-1400s, much of Southeast Asia was ruled by the Khmer Empire. The culture was built around rice agriculture and is most famous for its elaborate architecture, which is best embodied by the temple of Angkor Wat. Angkor was the largest pre-industrial city in the world, and had a complicated water management system for hygiene and irrigation.

The deserts of Australia never gave birth to a civilization, but that doesn’t mean nothing was there. Instead, the land hosts the oldest continuous societies known to have ever existed: those of the Aborigines. It is believed that aboriginal cultures have remained relatively stable for more than 50,000 years. The aboriginal worldview centers around the concept of the dreamtime, a spirit world that underlies physical reality. Many of the Aborigines’ customs and traditions revolve around maintaining balance within their harsh desert environment.

Polynesia comprises more than 1,000 islands throughout the southern and central Pacific Ocean. Nearly all of the large islands are inhabited, and have been for thousands of years. Traditional Polynesian culture revolves around the ocean. Some have even argued that the Polynesian sailors’ ability to navigate across hundreds and thousands of miles of open ocean without maps or compasses is akin to the genius it takes to land a person on the moon—the culmination of generations of study and advancement.

Around 100 B.C., a trade route was established that stretched some 4,000 miles from China to the Middle East. This route had a huge influence on both the East and West, allowing for not only the exchange of goods but also of ideas, religions, and more. The road is named for one of its most famous and lucrative goods: silk cloth, which was unavailable outside of China for thousands of years. 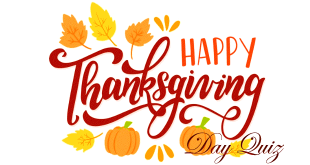 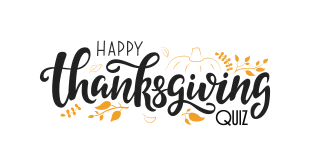