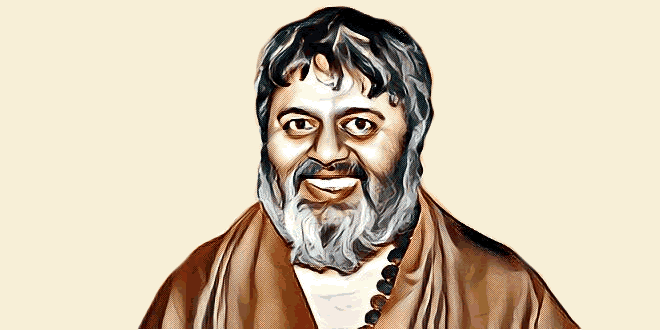 Avdhoot Baba Shivanand Ji — His Holiness Avdhoot Baba Shivanand Ji is an embodiment of unconditional love and divine wisdom. Known as the father of Indian healing, he revived the sacred wisdom of ancient India and opened the gates of esoteric knowledge for the common man. Babaji is a self realized master and a social reformer. He is selflessly engaged in various social and spiritual activities to realize his mission of healing the humanity.

From the very childhood Babaji had a strong passion for God realization. This unceasing and overwhelming desire led Babaji to the ultimate union with Divine Bliss. Immersed in God realization, blessed with the divine healing powers, overflowing with love, grace and compassion Babaji is guiding the humankind to use the divine energy to lead a complete and balanced life ultimately reaching their divine destiny i.e. the Union with the Infinite.

Avdhoot Baba Shivanand Ji is a charismatic personality. This worthy disciple of Siddhagurus is ardently carrying on his crusade against the darker forces of pain and suffering, at all levels. His teachings do not reflect any elitism that’s why they are of immense help to the society. His presence has a cathartic effect. Babaji graced numerous people and those who got his grace were overwhelmed with his sagacious wisdom on basic facts of human life.

Babaji revealed and guided various people that they can create a life of their liking by the sheer power of their choice. Avdhoot Baba Shivanand Ji says. “Mankind was not meant to suffer, but to experience the best of the best on the planet earth. It was only through ignorance and accumulation of negative karma that there is untold suffering.” Babaji guides individuals to reach their destination of self-realization through the Siddha path which is considered as – more powerful and very secret.

Our destiny can change by practicing the Siddha ways of meditation through Babaji’s guidance and grace. The Siddha lineage, born of Siddhagurus and pursued with missionary zeal by Avdhoot Baba Shivanand Ji, takes upon itself to peep into the internal orifices of beings in order to rectify the errors here-to-fore overlooked. Avdhoot Baba Shivanand Ji has dedicated his life to the noble endeavor of spreading sacred and pragmatic legacy of Siddhagurus to all corners of the world.

Babaji has always lived by his preachings and with Guru Ma by his side he is able to enlighten the lives of millions of people. When Babaji shared his soul agenda with Guru Maa and requested her to let him go into the Himalayas to find his spiritual path, Maa silently requested if she can join him and become a part of his soul agenda. It was Maa’s unconditional love, devotion and commitment in discharging her family responsibilities that kept Babaji focused on his spiritual path.

Guru Maa has not only been the silent Shakti in Babaji’s life but in the life’s of millions of others through her innumerable seva projects like bhandara, goushala etc. As Babaji teaches us about unconditional love, Guru Maa gives us a living example of selfless service.

Babaji and Gurumaa set a perfect example of how one can discharge worldly responsibilities and attain spiritual enlightenment simultaneously. In Babaji’s words – one do not need to go into the forest to attain self realization, true enlightenment comes when you shower unconditional love onto your family members and facilitate each other in the attainment of their spiritual path.