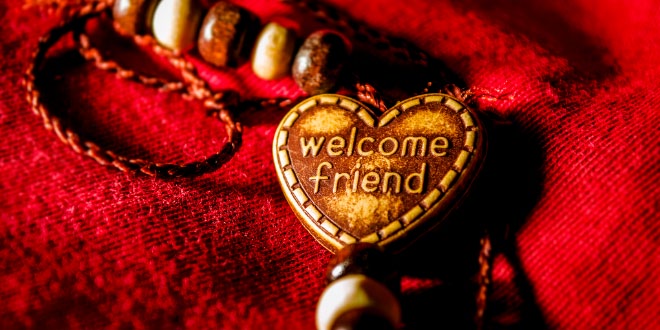 World Friendship Day: It was in Paraguay where in 1958, the first World Friendship Day was proposed. Dr. Artemio Bracho who was enjoying Dinner with his friends came up with this idea to have a separate day reserved just for friends and their lovely bond. From then on several southern American lands have been celebrating it with full enthusiasm. In India and the neighboring countries, wide use of mobile phones and internet led to the wide spread of this festival. What began with the greeting card industry, is now a popular day where wrist bands, flowers and other gifts are exchanged in order to attribute this day and thank friends for being there.

Originally, the ‘World Friendship Crusade’ proposed to celebrate it on 30th of July, 1958. However, in 2011, the General Assembly of the UN, declared 30th July as the International Friendship Day. But some countries like Oberlin and India have different days and dates to celebrate it. While Oberlin commemorates the day on 8th April every year, Indians celebrate it on the first Sunday of August.

The idea to celebrate this day with greeting cards was initially proposed in 1920 by the Greeting Card National Association. However, it was led down by the consumers since they saw it as a clear shot way to promote the sales of the greeting cards. Later in 1930, the famous Hallmark Cards began spreading this as a day of merrymaking where people exchanged cards to celebrate their friendship. In spite of the efforts in US, this holiday faced a slow death and vanished gradually by the 1940s. But by this time, Europe and nearby countries had begun to honor this day and it was getting a good response as well.

In 1998, Winnie The Pooh was symbolized as the Ambassador of Friendship at the UN to attract the world communities and it’s people towards this day. With time, it became a worldwide day of festivity.

The Significance of Friendship

By nature, human beings are social animals. The importance of society is felt since ages by man. There are certain relations like parents, relatives who occur in one’s life not by choice but by destiny. Friendship is one relation that happens by one’s choice and will. A Friend or “Dost” is somebody who can be in one’s life because of any reason – be it personal or professional, but, is an integral part of one’s living.

As emotions and feelings are intrinsic to human nature, to have somebody relieve them, and share them is the best feeling on earth. To honor the presence of friend in one’s life the US congress declared a proclamation in 1935, according to which every First Sunday of the month of august is celebrated world-wide as the “Friendship Day”.

Prior to the Friendship Day, an extensive campaign is launched by the cards and gift companies luring people to buy cards and gift items for their friends. The highly popular thing associated with this day is the Friendship Band – the modern world token of friendship that friends tie around each others’ wrist to form an everlasting bond. Presenting gifts, chocolates and roses are also common. Friends prefer to hangout and celebrate and enjoy this day together.