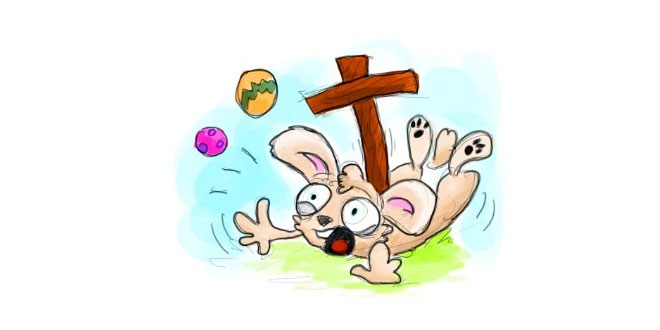 Easter is a Christian festival commemorating the resurrection of Jesus Christ on the third day after Good Friday, the day of his crucifixion, now called Easter Sunday, when He rose from the dead. When mourners went to Jesus’ tomb to collect His body, He was nowhere to be found and they were greeted by an angel who said “He is Risen”.

Some Things That Easter Brings: Kids Poetry by Elsie Parrish

Easter hats for one and all,
Easter Bunny makes a call!

Happy Easter always brings
Such a lot of pleasant things.

∼ ‘Some Things That Easter Brings’ poem by Elsie Parrish