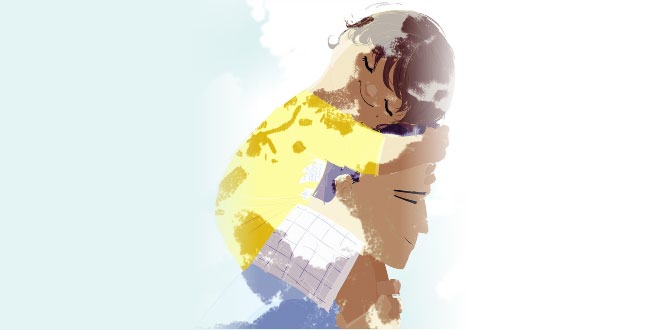 The Gift Of Sight

A father writes of a special relationship with his daughter who was born blind and at age sixteen was given the gift of sight.

I said, Look at my eyes, for they are blue
The day you were born they watched over you
All through the years they never looked away
They will always be with you and will never stray

Brian Haycock lives in Austin, Texas, where he has worked mainly for nonprofit organizations. He enjoys running (especially in the summer heat), hiking and reading stories of all kinds. His crime and suspense stories have appeared in Thuglit, Nefarious, Yellow Mama, Amarillo Bay, Reflection’s Edge, Darkest Before the Dawn, Pulp Pusher, Swill, and other highly respectable publications. Unlike the people he writes about, he is law-abiding and reasonably sane. Really. His book about modern Zen practice, Dharma Road, is published by Hampton Roads Publishing. Check him out at ondharmaroad.blogspot.com.
Share