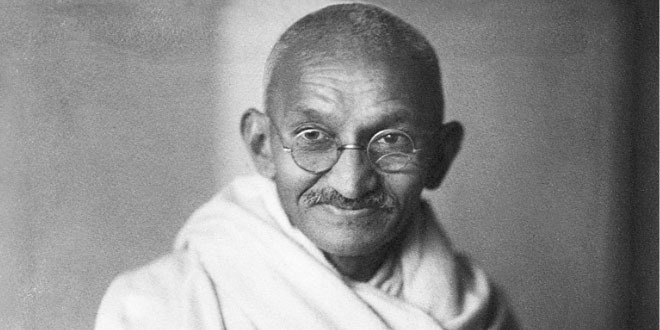 Father of The Nation Mahatma Gandhi (October 2, 1869 to January 30, 1948) was the leader of India’s non-violent independence movement against British rule and in South Africa who advocated for the civil rights of Indians. Born in Porbandar, India, Gandhi studied law and organized boycotts against British institutions in peaceful forms of civil disobedience. He was killed by a fanatic in 1948.

Young Gandhi was a shy, unremarkable student who was so timid that he slept with the lights on even as a teenager. In the ensuing years, the teenager rebelled by smoking, eating meat and stealing change from household servants.

Although Gandhi was interested in becoming a doctor, his father had hoped he would also become a government minister, so his family steered him to enter the legal profession. In 1888, 18-year-old Gandhi sailed for London, England, to study law. The young Indian struggled with the transition to Western culture.

Upon returning to India in 1891, Gandhi learned that his mother had died just weeks earlier. He struggled to gain his footing as a lawyer. In his first courtroom case, a nervous Gandhi blanked when the time came to cross-examine a witness. He immediately fled the courtroom after reimbursing his client for his legal fees.

Mahatma Gandhi: Children’s Poem on Father of The Nation

The man of honesty
The man of Greatness
He is our Mahatma
The father of our nation!

Born in a family
Of Cultured background
Grown in a circle
Of Loving parents.

Honest, truthful and simple
Of body so frail yet nimble
With heart so big and true
With gifts but given to few.

Made many mistakes
Realized his faults
Vowed never to repeat them
And never committed them again.

Loved his motherland
Brought her freedom
With the weapon of non-violence
And not a drop of blood-shed.

Bravely to prison he went
Though so old and bent
Many a blow did he get
Yet never did he fret.

With guns and knives, he did not fight
Satyagraha was his eternal might
India’s independence he fought and won
Bloodshed and bitterness there was none.

~ Father of The Nation Poem by Anonymous

We hope you liked this poem “Mahatma Gandhi: Father of The Nation”  – We request you to give your feedback using comments box given below. If you like it – please Share or Like it!
Share