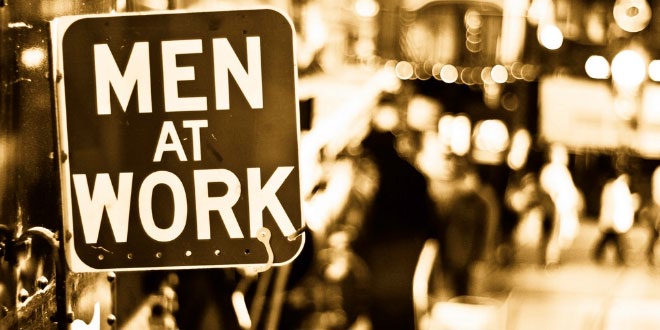 Walt Whitman hears America singing; do you? Classic poem published in 1860, where every man and woman has a voice that is unique, yet is part of the overall fabric of the America.

I hear America singing, the varied carols I hear,
Those of mechanics, each one singing his as it should be blithe and strong,
The carpenter singing his as he measures his plank or beam,
The mason singing his as he makes ready for work, or leaves off work,
The boatman singing what belongs to him in his boat, the deckhand singing on the steamboat deck,
The shoemaker singing as he sits on his bench, the hatter singing as he stands,
The woodcutter’s song, the ploughboy’s on his way in the morning, or at noon intermission or at sundown,
The delicious singing of the mother, or of the young wife at work, or of the girl sewing or washing,
Each singing what belongs to him or her and to none else,
The day what belongs to the day-at night the party of young fellows, robust, friendly,
Singing with open mouths their strong melodious songs.

If you were ever looking for a champion of American democracy, poet Walt Whitman might be your guy. Throughout his poetry, readers can glimpse the ideals of patriotism, American pride, and love of everything that makes the United States great. Whitman loved to write about the American landscape and be a cheerleader for every man and woman who plays a role in making America special.

It’s no surprise then that I Hear America Singing is chockfull of imagery celebrating everyday Americans who make up the fabric of this country. And, there’s nothing necessarily special about what they’re doing. No one in Whitman’s illustrations is making a ton of money or landing on the moon; rather, they’re going about their regular daily business of contributing thoughtfully to society. It’s like Whitman is saying, ”This is America. The day-to-day work and responsibilities build this great nation.”