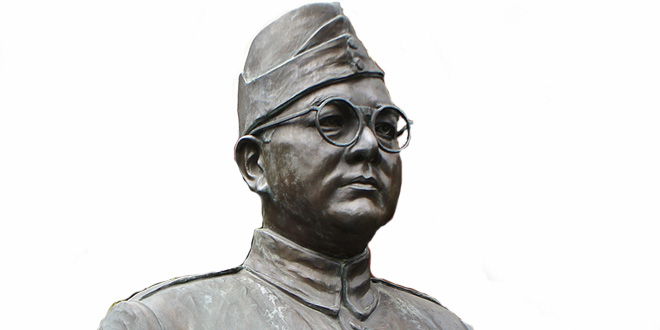 Chant To Netaji Subhas Chandra Bose – Poem by Ratan Bhattacharjee: Subhas Chandra Bose was a most famous legendary figure and brave freedom fighter in the Indian history. His great contributions of freedom struggle are unforgettable in the history of India. He was a real brave hero of the India who had left his home and comfort forever for his motherland. He always believed in violence and chose way of an armed rebellion to get independence from British rule.

Netaji Subhas
You are not dead,
You are alive
Alive for ever

You are alive now all around
Your name gives redness to posies
Sweetness to apple and grapes
Subhas shadows looms large
EVERYWHERE
When people donate blood
Earn their daily bread
Go to temples for saying prayers
Subhas is everywhere
In biscuit packets, tins of mustard oil
In daily bread

Your name is on the signboard
Of grocery shop, a poultry farm
A primary school in Jungle Mahal
A factory of Singur
A tea stall at Nandigram

We hope you liked this poem “Chant To Netaji Subhas Chandra Bose” by poet “Ratan Bhattacharjee”  – We request you to give your feedback using comments box given below. If you like it – please Share or Like it!
Share