Games and Sports Images For Students & Kids – India is home to a diverse population playing many different sports across the country. Football is a popular sport in some of the Indian states. The country has won eight Olympic gold medals in field hockey. Kabaddi, an indigenous sport, is popular in rural India, and India has won all the Kabaddi World Cups to date. Several games originated in India including chess, snooker and other regional games. India has won medals in badminton, kabaddi, hockey and many other sports and disciplines. However, cricket is the most popular sport in India.

The 2018 Asian Games officially known as the 18th Asian Games and also known as Jakarta-Palembang 2018, was a pan-Asian multi-sport event being held from 18 August to 2 September 2018 in the Indonesian cities of Jakarta and Palembang.

For the first time, the Asian Games were co-hosted in two cities; the Indonesian capital of Jakarta (which is hosting the Games for the first time since 1962), and Palembang, the capital of the South Sumatra province. Events were held in and around the two cities, including venues in Bandung and some places in the provinces of West Java and Banten. The opening and closing ceremonies of the Games were held at Gelora Bung Karno Main Stadium in Jakarta. Also for the first time, eSports and canoe polo were contested as demonstration sports.

China led the medal table for the tenth consecutive time. North Korea and South Korea march under the Korean Unification Flag at the opening ceremony and, for the first time, compete as a unified team in some events; they also won one—and first—gold medal as a unified team. Japanese swimmer Rikako Ikee was announced as the most valuable player (MVP) of the Games. 6 world, 18 Asian and 86 Asian Games records were broken during the event. 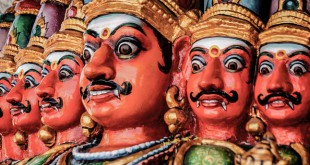