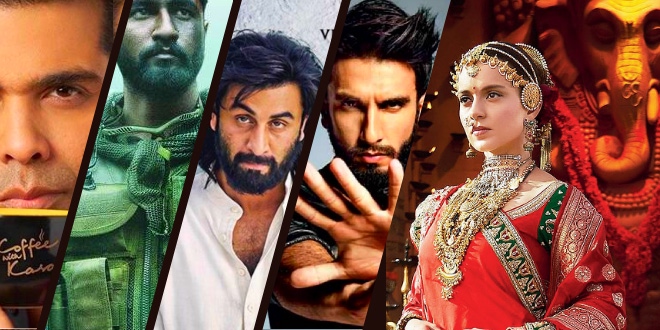 Making a sensational claim, Bollywood actress Kangana Ranaut dropped a bombshell by revealing that there were rumors that several Bollywood actors consumed drugs and were ‘cocaine addicts’.

Kangana Ranaut also demanded the Indian government to carry out a blood test for drugs on actors, directors amidst the rumors of them being severe drug addicts.

I request Ranveer Singh, Ranbir Kapoor, Ayan Mukerji, Vicky Kaushik to give their blood samples for drug test, there are rumours that they are cocaine addicts, I want them to bust these rumours, these young men can inspire millions if they present clean samples @PMOIndia 🙏 https://t.co/L9A7AeVqFr

Kangana Ranaut, asking her fellow colleagues in the movie industry to come clean on the issue, urged them to undergo a drug test so that they can inspire millions of fan by presenting clean samples.

The damning statements made by Kangana Ranaut will now open a can of worms amidst all the raging debate on the issues of drugs, nepotism and favoritism in the movie industry.

Watch how the high and mighty of Bollywood proudly flaunt their drugged state!!

Interestingly, the video had featured Ranbir Kapoor, Ayan Mukherjee, Vicky Kaushal, Deepika Padukone, Arjun Kapoor, Malaika Arora, Shahid Kapoor, Varun Dhawan and others. However, most of the actors, including Vicky Kaushal and Karan Johar had rubbished the allegations.

Earlier, exposing the dirty underbelly of Bollywood involving drugs, Kangana Ranaut had also alleged that 99% of people in the film industry are drug users.

In an interview given to Arnab Goswami on Republic, Ranaut confirmed what was believed for a long time, that drugs flow like water in Bollywood parties, and industry insiders start giving newcomers with drugs from the beginning.

National award-winning actor said that it is common for Bollywood stars to use drug, and newcomers also start with drugs early on. 99 per cent of start consume drugs, she claimed. Same drugs dealers supply drugs like cocaine, LSD, ecstasy etc to them, she said.

“Everything is handled in a systematic manner. Their wives also host these parties. It is a different environment altogether. You will find people who only do drugs and indulge in debauchery in such parties,” Kangana said. She had alleged that many governments have helped this Bollywood-drug mafia grow.