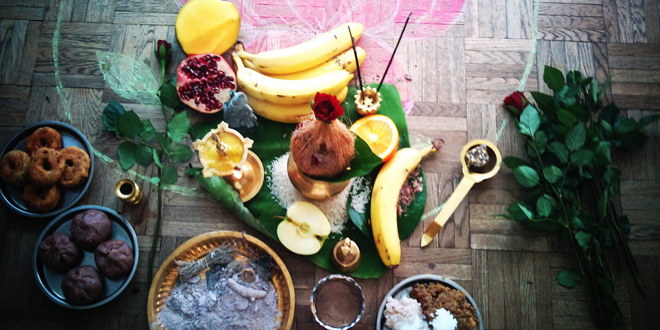 Which is the Great Indian Thanksgiving Hindu Harvest Festival?

Seventy percent of India‘s population lives in villages, and a vast majority of people solely depend on agriculture. As a result, we find that most Hindu festivals are directly or indirectly linked to agriculture and related activities. Pongal is one such big festival, celebrated every year in mid January – mostly in the south of India and especially in Tamil Nadu – to mark the harvest of crops and a special thanksgiving to God, the sun, the earth and the cattle. Pongal is celebrated during the same time as ‘Bhogali Bihu’ in the North Eastern State of Assam, Lohri in Punjab, ‘Bhogi’ in Andhra Pradesh and ‘Makar Sankranti‘ in the rest of the country, including Karnataka, Maharashtra, Uttar Pradesh, Bihar and Bengal.
Share

Previous Dulla Bhatti History And Traditional Stories
Next Which festivals of India are similar to Thanksgiving Day?